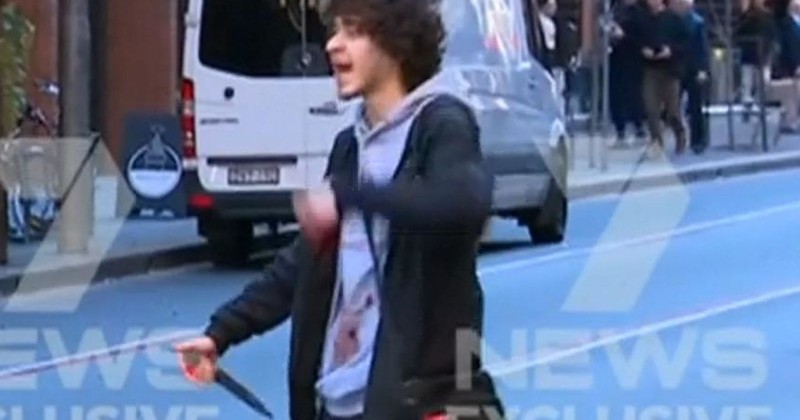 Police say a knifeman who killed a woman then attempted to stab numerous other people in Sydney while yelling “Allahu Akbar” was motivated by “mental health issues.”

One woman was taken to hospital with injuries following the attack and another was later found dead in a nearby residence.

Video footage of the perpetrator shows his jumping on cars, waving a knife around, shouting “Allahu Akbar” while asking to be shot.

Several brave eyewitnesses chased the man down and trapped him before police arrived to make an arrest.

“Police said later that “all the evidence points to” a man with mental health issues lashing out,” reports CBS News. “Given the information they had, they said the incident was not being classed as terrorism and that the suspect was believed to have acted alone.”

The conclusion that the man lashed out due to mental health issues was reached despite “Allahu Akbar” being a common refrain shouted by Islamic terrorists during attacks.