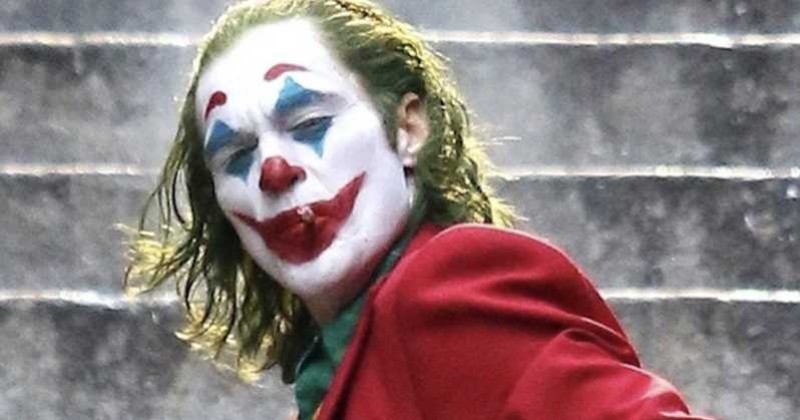 A 23-year-old Washington man had all of his guns seized last week over a satirical “one ticket to joker please” meme he shared on Twitter.

In the run up to the Joker movie’s release, many people shared memes of people holding guns with the text “one ticket to joker please” as a joke.

As Know You Meme notes:

Tickets to Joker, Please is a phrasal template used to caption photographs of people the meme’s author believes to be the stereotypical audience for the 2019 comic book film Joker. These images generally showcase men in fedoras, infamous mass shooters and depictions of internet trolls.

The funniest ones were the memes with people holding guns, though they appear to have all been deleted for being too edgy. Here some other examples:

“Just the one ticket for Joker? Hold up one second, gotta make a quick phone call. And don’t try to leave the building either, please.” pic.twitter.com/1Zhsg1My6M

Officials seized several guns from a 23-year-old Redmond man after he made “concerning Twitter posts posing with weapons and referencing the Joker movie,” police said.

Six guns, including multiple semiautomatic assault rifles, were removed from his home Oct. 1 as part of an Extreme Risk Protection Order filed by the Redmond Police Department. A protection order allows law enforcement, family members and household members to file petitions to take away gun rights from people who are threats to themselves or others.

He does have a concealed permit license issued in May for two handguns, but his license has since been revoked.

The man claimed that the posts were a joke, but police still plan to seek a full protection order which if approved, would keep guns out of his hands for a full year.

Alex Jones breaks down the entertainment and media industry in America being taken over by the Chinese, as is apprent in the NBA’s recent groveling for daring to support liberty for the people of Hong Kong.

Police searched his entire Twitter history and found a few posts from 2017 devoid of context with him incel-posting about hating women and used that to bolster their case.

Officials found other posts where the man claimed to be an incel, which is short for involuntary celibate, and posts that illustrated a “history of violent and disturbing social media threats directed towards women,” documents said.

“[The man’s] threats of recent mass violence coupled with a history of prior threats to harm and kill women, demonstrate that [he] is a risk to public safety if he is allowed to continue to purchase, possess or access firearms,” the ERPO petition read.

Every indicator suggests those posts were also jokes.

“Kill all men” was a very popular hashtag in the past before Twitter started cracking down on it more recently. Nobody had any of their rights taken away for tweeting it.

There’s a reason that for over two centuries we gave people the presumption of innocence and required a trial and a conviction to take away someone’s rights. That’s all been flipped on its head due to red flag laws and pre-crime hysteria and now police are seizing people’s guns over memes they don’t get.