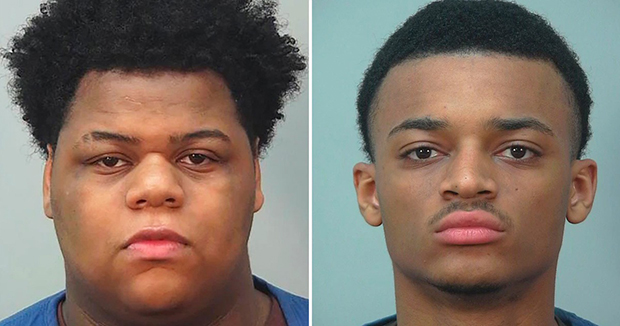 A Wisconsin teenager killed his girlfriend’s parents over an argument concerning social distancing and a rumor that they were wealthy, police said according to Metro.

The two victims, Dr. Beth Potter, 57, and Robin Carre, 57, were killed execution-style at the University of Wisconsin Arboretum on March 31, by their daughter’s boyfriend Khari Sanford, 18.

Police say the couple were both shot in the head in what has been labeled a “calculated” and “brutal execution.”

Although reports about the initial capacity of the crime are uncertain, authorities believed the execution-style murder began as a failed robbery.

Potter had been suffering from a pre-existing mental condition which required her to have extra social distancing steps in place at her home.

Her daughter and Sanford, who were both reportedly living with the parents at the time, both ignored social distancing within the household, which prompted Potter to rent an apartment for the young couple during lockdown.

As the daughter was being moved out, she argued with her mother which left her clearly frustrated.

A classmate reportedly overheard a conversation involving Sanford and his girlfriend about making money, and the victims’ daughter reportedly told Sanford that her parents were financially well off.

Sanford’s friend, Ali’jah Larrue, was reportedly party to the murder as he told a witness that he had shot the couple in the back of the head.

Since the killings, Sanford has been arrested and charged with two counts of party to the crime of first-degree intentional homicide. Larrue has been charged as an accomplice.

Since the arrest, bond has been set for both Sanford and Larrue at $1M.