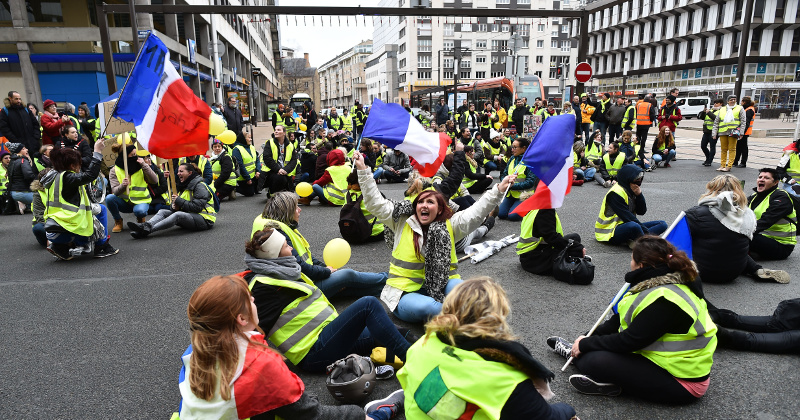 French riot police were armed to the teeth to implement a “zero-tolerance” policy on violence at Yellow Vest protests in Paris, but it turned out to be their own vehicle that did the damage at one of the capital’s iconic sites.

A video that was leaked online on Monday shows a heavily armored vehicle of the French gendarmerie ditched into glass flooring on the pavement near the Arc de Triomphe. After some wheel spinning, it manages to get out of the situation but had broken the glass, leaving a decent hole.

The accident took place as Yellow Vest protests entered their ninth week. On Saturday, more than 84,000 people took to the streets of Paris, Marseille, Bordeaux, Lyon, Strasbourg, and other cities, according to Interior Ministry data.

In Paris, the clashes climaxed at the Arc de Triomphe, where police employed tear gas and water cannon against the crowds.

Some 80,000 security officers were deployed across the country after the government declared a zero-tolerance policy on violence after repeated scenes of unrest over the past two months.