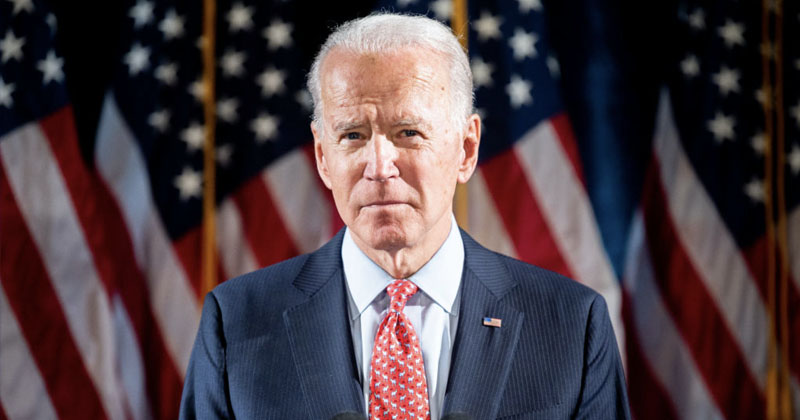 The co-founder of POLITICO condemned any investigation into Tara Reade’s sex assault allegations against Joe Biden because he fears that would sink his chances of winning against President Trump in the election.

In a Letter to the Editor of The New York Times, Martin Tolchin complained that he wants a “coronation of Joe Biden” instead of a journalistic investigation of Tara Reade’s sex assault allegations against him. 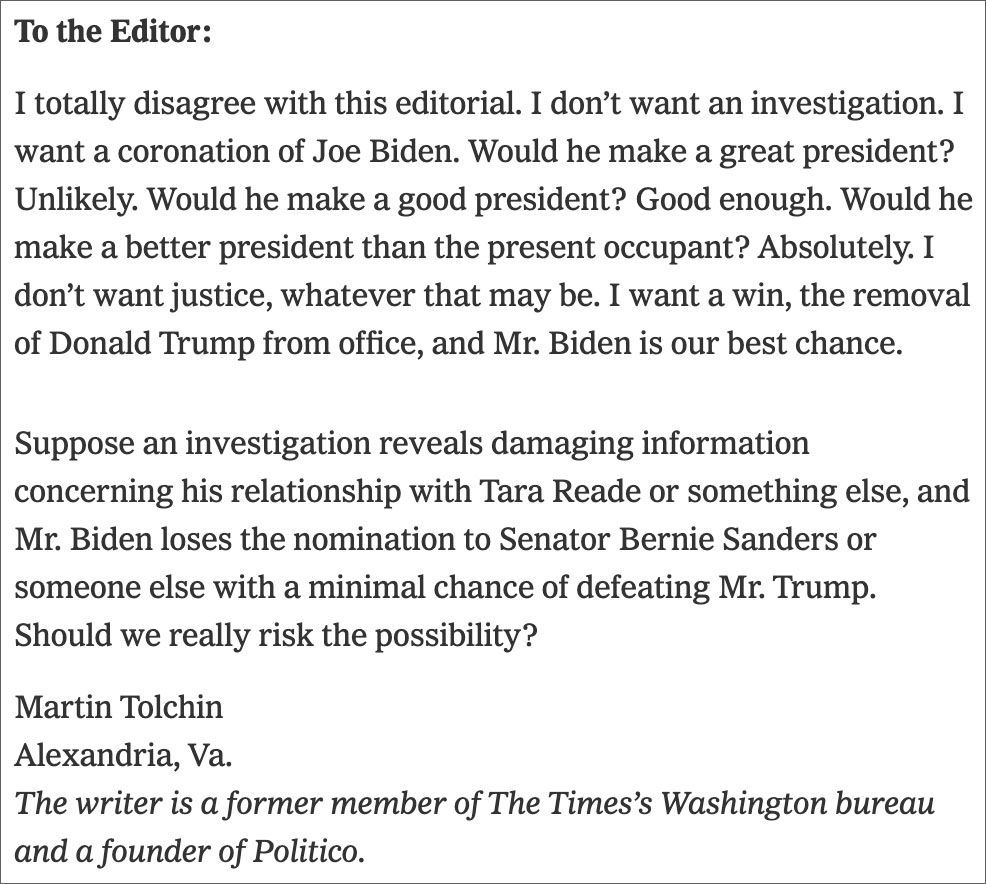 Tolchin went on to say he’s not interested in justice, but rather in beating Trump in the November election.

“I don’t want justice, whatever that may be. I want a win, the removal of Donald Trump from office, and Mr. Biden is our best chance,” Tolchin said.

He went on to lament what could happen if the investigation DID confirm Reade’s allegations as true — that Trump would win and the Democrat nominee would lose the election.

“Suppose an investigation reveals damaging information concerning his relationship with Tara Reade or something else, and Mr. Biden loses the nomination to Senator Bernie Sanders or someone else with a minimal chance of defeating Mr. Trump. Should we really risk the possibility?” Tolchin wrote.

This is just another stunning example of how the left’s true goal is obtaining power and getting rid of Trump, not delivering justice, defending principles, or “Believing All Women.”

“I still have to fight Trump, so I will still support Joe. But I believe you. And I’m sorry,” Bloom wrote on Twitter to Reade, describing Biden as “handsy.”

And on Monday, Sen. Elizabeth Warren (D-Mass.), a potential Biden VP pick, said despite the fact that Reade’s claim was “credible” and “convincing,” she endorses Biden anyway.

Other leftists went even further than Tolchin, saying that Biden could rape them and they’d still vote for him to remove Trump.

We’re now at the Biden can rape me and I’ll still vote for him. pic.twitter.com/dgq2UedBT6

Joe Biden could rape ME in the middle of Fifth Avenue and I would still vote for him before I would vote for Trump or Sanders. #ForReal #StopTheStupid #

Owen and Harrison comment on the awkward interview of Joe Biden and Mika Brzezinski.