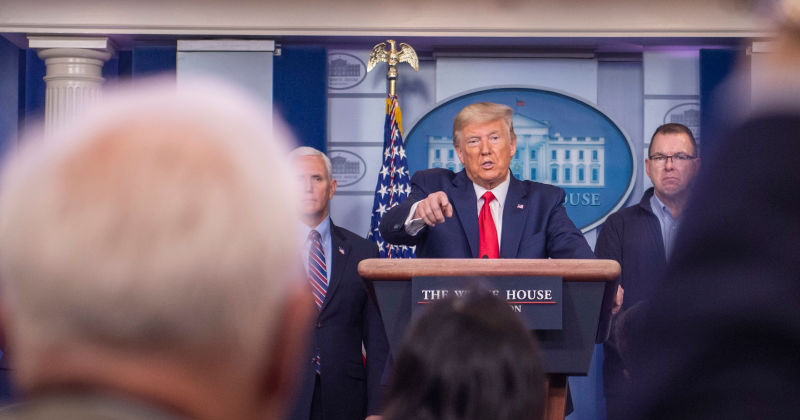 Three days after Politico dropped a ‘bombshell’ report about President Trump owing millions of dollars to the Bank of China, they published a lengthy retraction seven minutes before midnight on Monday.

The article claimed that a $1 billion refinancing deal from several banks – including the Bank of China, was struck in 2012, in which the Trump Organization ‘has a substantial minority interest,’ and that President Trump therefore owes the Chinese state-owned bank ‘tens of millions of dollars’ on a loan which comes due in 2022.

This was absolute bullshit.

Politico admitted that they hadn’t contacted the Bank of China before going to print, and had relied on public documents. Following the report, the Bank of China told the outlet that they had ‘sold off, or securitized, its debt shortly after the 2012 deal,’ and that the bank has no current financial interest in any properties related to the Trump Organization.

Keep in mind that three journalists wrote the original article; Marc Caputo, Meridith McGraw, and Anita Kumar – none of whom thought to practice safe journalism and put the brakes on their bombshell report until contacting the Bank of China.

Of course, this massive lie percolated throughout liberal media over the weekend – and was repeated by Joe Biden in an interview with CBS Miami.

Politico’s ‘gotcha’ was reduced to an ‘unresolved discrepancy’ in the form of a 2017 document filed by Wells Fargo with the NY Department of Finance listing the Bank of China as having a financial interest in the building, indicating that the state-owned bank had secured an interest in the building’s fixtures – such as its toilets and air conditioning systems – in case of a default. Except, Wells also admitted that this was an error, and is “taking steps to correct the record with an updated filing.”

A far cry from ‘the US president owes China millions.’

Watch this video censored by YouTube that’s available at Banned.video, your go-to source for blacklisted videos.