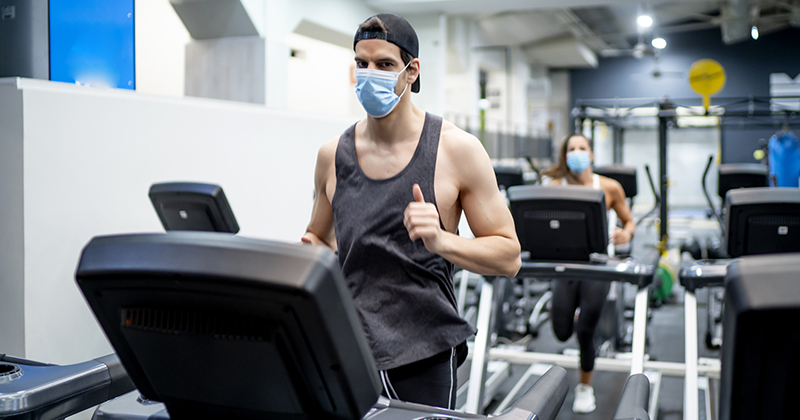 The vast majority of Americans say they either “always” or “sometimes” wear a mask in public, a Morning Consult survey released this week revealed.

The current number of those who have indicated they are wearing masks remains relatively consistent across party lines: 98 percent of Democrats, 95 percent of independents, and 93 percent of Republicans.

Top medical TV producer Del Bigtree joins The Alex Jones show in-studio to break down the best chance the people have to fight the covid virus and beat the impending medical tyranny being pushed by the left.

The June and July numbers show a significant increase in mask use since the earlier days of the coronavirus pandemic: In an April 7-9 survey, half of adults said they were using masks to some extent in the past month, with 26 percent saying they always wore them in public. The lower rate of face mask usage at the time can be attributed partly to the lack of mandates, supply shortages and guidance from U.S. and globalhealth officials that stated masks should be reserved for health care workers and those infected with COVID-19.

As the coronavirus case count has increased in recent weeks, so has the number of states and businesses that have issued rules to make wearing face masks mandatory. Over half of U.S. states now have some form of a face-mask mandate in place, and businesses of all sizes — from mom-and-pop stores to Walmart Inc. and Target Inc. —  are requiring customers to don face coverings in their buildings. And although he stopped short of issuing a federal mandate, President Donald Trump recently recommended that Americans wear face masks in public, despite his own resistance to using them publicly during the first few months of the pandemic.