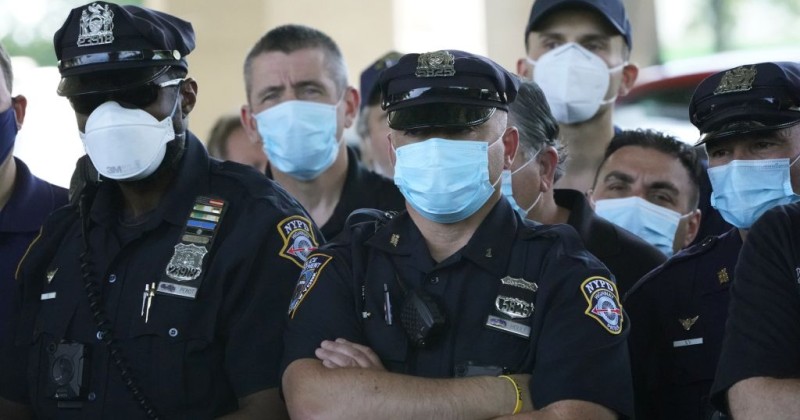 Despite weeks of anti-police protests, a clear majority of Americans agree with President Trump that the vast majority of officers are doing a good job.

Respondents were asked by Rasmussen: “Do you agree or disagree with the following statement: “Our police have been letting us live in peace, and we want to make sure we don’t have any bad actors in there. [But] 99% of them are great, great people.”

The poll also found that only 16% of Americans think a police-free society is a likely outcome.

Movements to defund police departments have gained traction across the country following the death of George Floyd at the hands of a Minneapolis cop.

“Stop treating us like animals and thugs and start treating us with some respect … Our legislators abandoned us. The press is vilifying us. It’s disgusting,” said O’Meara.

"Stop treating us like animals and thugs and start treating us with some respect … Our legislators abandoned us. The press is vilifying us. It's disgusting." pic.twitter.com/CXOPARKff7