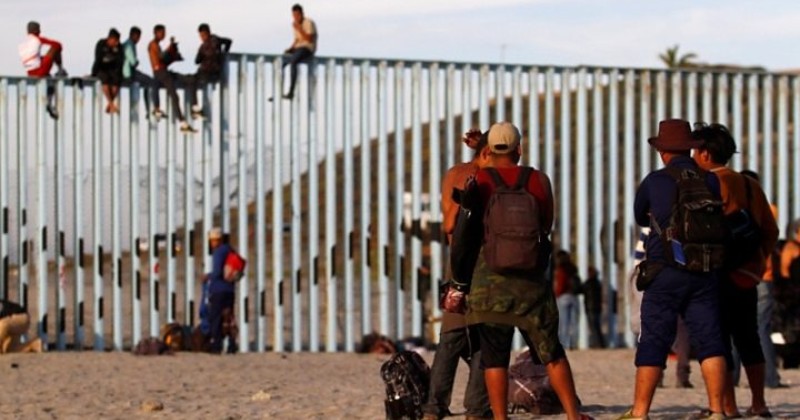 A new poll conducted by the Washington Post found that the clear majority of Mexicans think migrants should be deported back to their home countries.

The survey, which was conducted in partnership with Mexico’s Reforma newspaper, found that Mexicans are “deeply frustrated” with immigrants traveling through their country from Central America.

6 in 10 Mexicans say migrants are a burden on their country taking jobs that should belong to citizens, the poll found.

55 per cent of Mexicans also support deporting migrants who go through Mexico to the United States, compared to just 7 per cent who want to give them residency in Mexico. 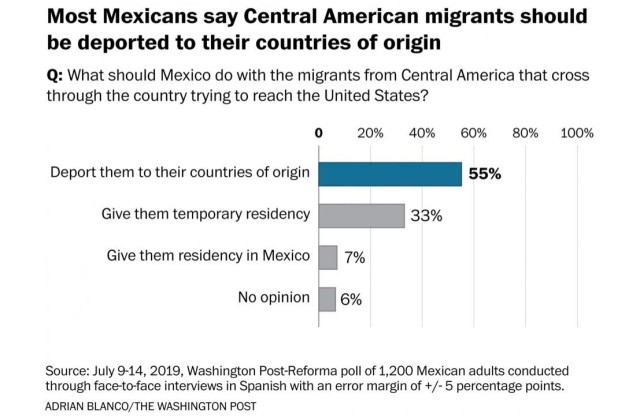 The results of the poll completely contradict the narrative that wanting proper border controls and disincentivizing mass migration is a view only shared by “racist” Trump supporters.

The Washington Post acknowledges that the numbers “defy the perception that Mexico…is sympathetic to the surge of Central Americans” and that they prove “Mexicans have turned against the migrants transiting through their own country”.

Mexican citizens are more in line with Trump’s view on immigration than virtually every Democratic presidential candidate running.

Let that sink in.

• 6 in 10 Mexicans say migrants are a burden on their country taking jobs that should belong to citizens.

• 55% of Mexicans support deporting migrants who go through Mexico to the United States.