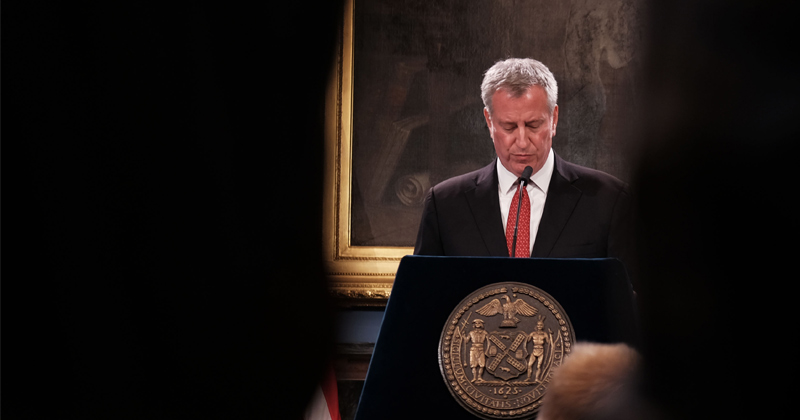 De Blasio was one of seven Democrats to “not get a single survey respondent to declare they were their top primary choice,” according to The Week which reported on a poll of New Hampshire Democratic primary voters.

But out of the seven, The Week reported that three of them – Washington Gov. Jay Inslee, Massachusetts Rep. Seth Moulton, and Ohio Rep. Tim Ryan – at least had “a few people to say they were their second choice for president.”

This, of course, implies that nobody even voted for de Blasio as their second preference.

What’s even more damning is that the NYC mayor has arguably a much higher profile and name recognition than the three that did get those votes.

De Blasio hasn’t exactly been New York City’s most popular mayor, with a swath of scandals that have characterized his administration, including De Blasio’s habit of taking a full motorcade across town just to go to the gym while simultaneously demanding a ban on traditional skyscrapers “to reduce emissions.”

De Blasio has also been criticized for overspending which has apparently led to extra tax burdens on the city’s working class and middle class.