According to an Economist-YouGov poll, taken by 1,500 U.S. adults between October 22nd and the 24th, found that 51 percent of Democrats view Bush either somewhat or very favorable.

The survey was taken less than one week after the 43rd president criticized current President Donald Trump during a speech in New York.

“We’ve seen nationalism distorted into nativism, forgotten the dynamism that immigration has always brought to America,” Bush said. “We see a fading confidence in the value of free markets and international trade, forgetting that conflict, instability and poverty follow in the wake of protectionism.”

For Republicans, 76 percent polled said they held favorable views towards the former president.

Bush’s favorability among Democrats has steadily climbed over the past several years, with a Gallup poll last June finding that 41 percent viewed him in a positive light. A separate Gallup poll from March of 2009 found only 10 percent of Democrats held a favorable opinion of Bush. 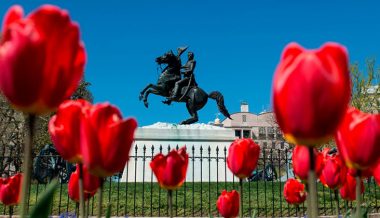