Hillary Clinton and Barack Obama are well aware of the fact increasing numbers of Americans are opposed to shipping jobs to slave gulags such as China and India and thus lowering their living standards. Clinton, an accomplished liar and thus an ideal politician, tells us: “I have been a critic of NAFTA from the very beginning.” It didn’t take long for the corporate media to call her out on this — according to 11,000 pages of Clinton White House documents released in March, the “former First Lady was an ardent advocate for NAFTA,” according to CBS News. Clinton “held at least five meetings to strategize about how to win congressional approval of the deal” and was “in the thick of the manuevering to block the efforts of labor, farm, environmental and human rights groups to get a better agreement.” Now, as Clinton attempts to win the Democrat nomination, she claims to be opposed to the current “free trade agreement” and has vowed to “reevaluate” it if elected.

Catching wind of this campaign promise to renegotiate NAFTA — an obviously empty promise, no different than her husband’s election promise to lower the tax burden of middle class Americans — China and Mexico have announced their ardent opposition. “China Confidential has learned that the Mexican government has made contingency plans to retaliate against any attempt to renegotiate the North American Free Trade Agreement (NAFTA), which, ironically, President Bill Clinton signed in 1993…. The centerpiece of the plan: Mexico will demand open immigration as part of a renegotiated NAFTA.”

Mexico is also prepared to launch a sophisticated, well financed public relations campaign — to be managed by a large US PR firm — to aggressively expose alleged exploitation of illegal immigrants, especially in US states and industries that depend on immigrant labor. Media outlets are to be bombarded with suggested stories, talking points and other materials.

Obama also claims to be opposed to NAFTA, at least in its current format. In February, Barack told workers in Ohio, where NAFTA has decimated factory jobs, that for “so many people … struggling to keep up with soaring costs in a sluggish economy” the “status quo in Washington just won’t do.”

It’s a game where lobbyists write check after check and Exxon turns record profits, while you pay the price at the pump, and our planet is put at risk. That’s what happens when lobbyists set the agenda, and that’s why they won’t drown out your voices anymore when I am President of the United States of America.

It’s a game where trade deals like NAFTA ship jobs overseas and force parents to compete with their teenagers to work for minimum wage at Wal-Mart. That’s what happens when the American worker doesn’t have a voice at the negotiating table, when leaders change their positions on trade with the politics of the moment, and that’s why we need a President who will listen to Main Street – not just Wall Street; a President who will stand with workers not just when it’s easy, but when it’s hard.

But Obama, if elected, will continue the competition between parents and their teenage children for minimum wage jobs selling Chinese slave goods at Wal-Mart. In March, a leaked memo indicated that top Obama adviser Austan Goolsbee assured a Canadian embassy official the candidate’s attacks on NAFTA were motivated by primary politics. It should be noted that Goolsbee is a 1991 member of Skull and Bones at Yale, a member of the monetarist Chicago school founded by Milton Friedman, and a dedicated “tree trader,” that is to say an avowed globalist.

As Jim Tucker reports for the American Free Press, members of “the Trilateral Commission meeting in Washington expressed confidence that they own all three major presidential candidates, who, despite political posturing, will support sovereignty-surrendering measures such as NAFTA and the ‘North American Union.'”

Mrs. Clinton, they noted, held strategy sessions as first lady on how to get Congress to approve NAFTA “without changes.” As president, they agreed, she would do no more than “dot an i or cross a t.”

Candidate Obama has not denied news reports in Canada that his top economic adviser, Austan Goolsbee, assured Canadian diplomats that the senator would keep NAFTA intact and his anti-trade talk is just “campaign rhetoric.”

And while Obama takes his orders from the Trilateralists by way of Rockefeller operative Zbigniew Brzezinski, Clinton gets her instructions from the Bilderbergs. Sources told Alex Jones and Paul Joseph Watson that Clinton secretly attended a Bilderberg meeting in Ottawa in 2006 and Wikipedia indicates Hillary is a Bilderberg attendee in good standing (she also attended other globalist confabs, including the World Economic Forum, the Salzburg Global Seminar and the Renaissance Weekend).

Nearly half of all Americans polled may be opposed to NAFTA and globalization, understanding well enough that “free trade” (as in unhampered corporate looting and thievery) results in lost jobs and ultimately impoverishment, but the presidential candidates they are offered — with the exception of Ron Paul, effectively scrubbed from the fixed horse race — are all onboard with this concerted effort to “level the playing field,” that is to say impoverish the American people and convert the United States into a slave plantation, no different than the one in China, preferred by our rulers and their minions. 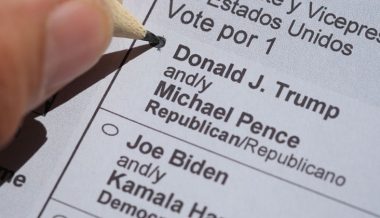