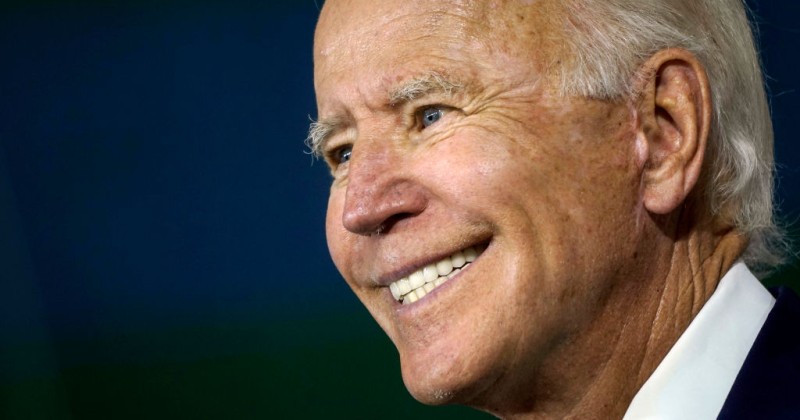 In another illustration of how many Americans are concerned about Joe Biden’s advancing age and declining mental faculties, a new Rasmussen poll has found that 59 per cent of likely voters don’t believe he’ll finish a 4 year term in the White House.

Broken down along party lines, 74 per cent of Republicans believe Biden won’t make it through his first term while 49 per cent of Democrats agree.

Just 14% of voters think it’s “not at all likely” that Biden’s running mate will become president before his first term ends.

Questions about Biden’s age and his alleged cognitive decline have dogged his campaign for months.

During an interview last week, Biden once again stumbled over his words while trying to assert that he didn’t need to be mentally tested.

Polls show that 38 per cent of American voters think Biden has “some form of dementia,” including one in five Democrats. 61 per cent of voters also think Biden should address the dementia issue publicly.

If the majority opinion holds true and Biden wins the election, that means his running mate is virtually guaranteed to become president before 20204.

The current favorites to become Biden’s VP pick are Kamala Harris and Susan Rice, although Michelle Obama is still listed as an outsider by many political betting websites.