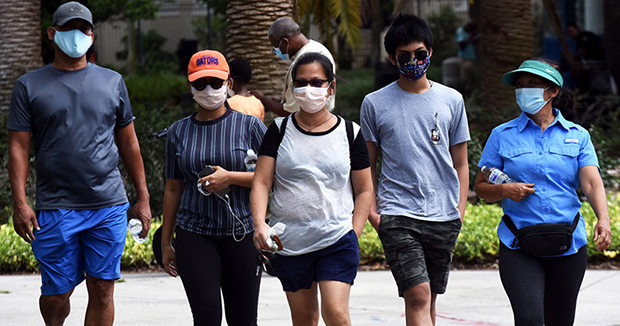 A majority of voters support a mask mandate in their respective states punishable by fine or jail time, a Morning Consult/Politico poll released this week showed.

“Based on what you know about the COVID-19 pandemic (coronavirus), would you support or oppose your state instituting a face mask mandate in public spaces, where not wearing a mask could be punishable by fine or jail time?” the survey asked.

As a group, baby boomers support a mask mandate with penalities the most (78 support), followed by GenXers (73 percent), Millennials (68 percent), and GenZers (63 percent).

The survey also found that Democrats are nearly twice as likely as GOP voters to ‘strongly support” a mask mandate in their state, 71 percent to Republicans’ 36 percent.