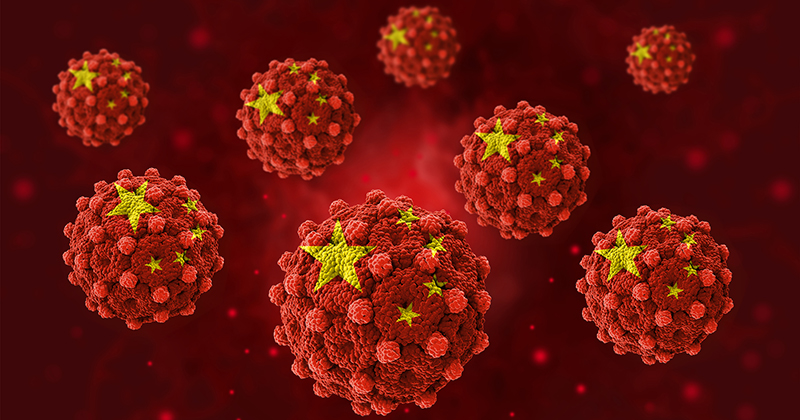 A poll conducted by YouGov has found that more than two-thirds of Americans blame China for the global coronavirus pandemic.

The survey, commissioned by the Victims Of Communism Memorial Foundation, found a strong consensus view China as culpable.

– 67% view China as either a competitor or an enemy

Glad most Americans still have some common sense.

An overwhelming majority of 69% believe China is somewhat or very much responsible for the coronavirus, with around 40% viewing China more negatively as a result of the pandemic.

The poll also found that 71% say China should be “penalized” for its role in the pandemic, with 41% of this subgroup believing there should be some kind of international sanctions, 33 percent supporting additional tariffs on Chinese goods, and 32 percent wanting the United States to refuse interest on Chinese-held federal bonds.

The survey also show revealed that roughly two-thirds of the public view China as an adversarial competitor, while just 6 percent see the communist state as an ally.

“It wasn’t until this poll that we saw the full extent by which a majority of Americans directly blame the Chinese government,” VOC Executive Director Marion Smith commented.

“The Chinese Communist Party’s lack of transparency, lapses in communication, and spread of misinformation rapidly escalated the spread of the virus and hindered preventative measures on a global scale,” Smith continued, adding that “These are numbers that are akin to how Americans viewed the Soviet Union during the Cold War.”

The findings dovetail with another YouGov poll, commissioned by The Economist, that found two thirds of Americans believe China’s handling of the crisis led to a global pandemic.

Economist/YouGov Poll (May 10- 12, 2020)
Q: China Responsible for Pandemic
Do you think China’s handling of the COVID-19 outbreak led to the worldwide pandemic?

Meanwhile, the rhetoric between China and the US continues to make headlines, as National Security Advisor Robert O’Brien stated this week that five plagues have originated in China in the last twenty years.

“We can no longer have these plagues coming out of China”, O’Brien urged, telling reporters that “We know [the latest coronavirus] came from Wuhan and I think there’s circumstantial evidence that it could have come from the lab or the wet market. But, again, if you’re China, neither one’s a good answer.”

“How longer can the world put up with this terrible public health situation that you’ve got in the People’s Republic of China that is being unleashed on the world?” O’Brien asked.