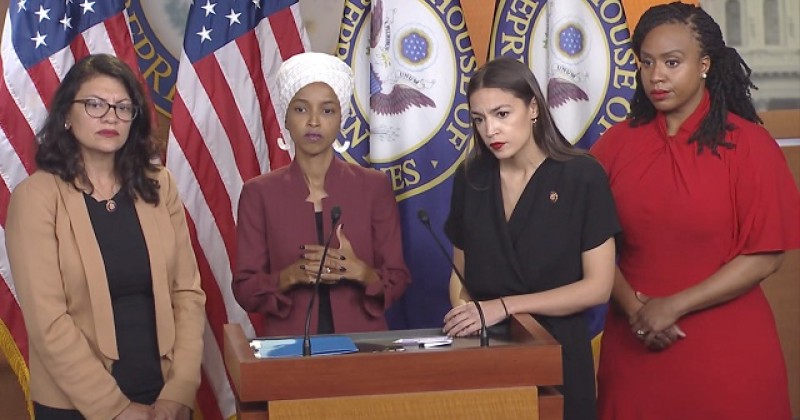 A new Rasmussen poll has found that one third of Democrats think it’s racist for a white person to criticize a politician of color. Period.

32 per cent of Democrats believe this no matter what the circumstance, according to the poll.

The survey also found that 80 per cent of Democrats think President Trump is racist, while 85 per cent of Republicans think charges of racism are politically motivated.

47 per cent of likely U.S. voters think Trump is racist while slightly more, 49 per cent disagree, saying this is a political smear.

“According to the left’s rules, white people can be bashed 24/7 by the media and academia and blamed for all the ills in the world and that is not “racist,” but a white person is “racist” if they so much as criticize the political views of a “politician of color,” writes Chris Menahan.

Meanwhile, AOC says calling her a “communist” is also racist.

Basically, any and all criticism is racist, just shut up and submit, bigot.

Calling people who believe in democracy, civil + economic rights, and racial justice “communist” has a long + rich history w/ white supremacy in the US.

It was one of the preferred smears against integrating schools, & one of the main attacks segregationists used against MLK Jr: https://t.co/pNdpD8sjWY pic.twitter.com/mTRNj4jjJA