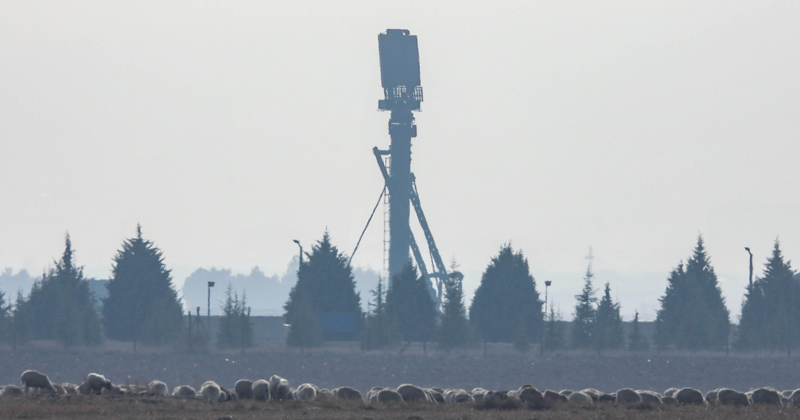 During a press briefing on Tuesday, US Secretary of State Mike Pompeo specifically focused on Washington’s approach to Turkey testing S-400 missile systems and the likelihood of further sanctions on Iran.

US Secretary of State Mike Pompeo has expressed alarm over Turkey’s tests of the Russian-made S-400 air defence system which began this week.

“Yes, it’s concerning. We are hopeful, we are still talking to the Turks, we are still trying to figure out the way through this thing. We have made very clear to the Turkish government our desire to see them move away from putting into full operationalization the S-400 weapons system,” Pompeo told reporters on Tuesday.

The statement comes after Turkey started testing the radars of the S-400 air defence system on Monday, a process that involves scrambling F-16 fighters and other airplanes, media reported on Monday citing a military source. The aircraft are supposed to simulate raids on Turkey’s capital Ankara to check if the S-400 radar detects them.

Despite the fact that the US suspended Turkey’s participation in the F-35 program in July, pledging to completely remove the country from the program by late March 2020, Ankara remains committed to purchasing the S-400s.

Turkish Defence Minister Hulusi Akar recently stated that his country is going to activate and make use of the S-400 air defences.

The US has repeatedly claimed that the S-400 systems are incompatible with NATO’s air defences and may compromise the operations of the F-35 fighter jets, allegations that Turkey rejects.

Separately, Pompeo told the Tuesday news briefing that Washington will continue to impose sanctions against Iran’s officials over their alleged involvement in human rights violations.

“We received to date nearly 20,000 messages, videos, pictures, notes of the regime’s abuses of the Telegram messaging service. I hope they will continue to be sent to us. We will continue to sanction Iranian officials who are responsible for these human rights abuses,” Pompeo told reporters.

The remarks come after the Geneva-based non-governmental organisation UN Watch reported earlier in November that Iran’s human rights performance was overwhelmingly applauded by delegates to the United Nations Human Rights Council (UNHRC) during the body’s Universal Periodic Review of the Islamic Republic’s record.

The HRC’s hearing was attended by representatives of 111 countries, with 95 of them lauding Iran’s human rights record which was specifically lauded by North Korea, Qatar, Belarus, Malaysia, Iraq, Oman, Indonesia and the Palestinian Authority.

A Palestinian spokesperson, in particular, applauded Tehran’s drive “to promote and protect human rights, including ongoing efforts in improving education and health”.

A US spokesperson, in contrast, lambasted Iran for “flagrantly” violating “citizens’ human rights,” calling on the Islamic Republic to “immediately release all Iranian prisoners of conscience.”

The HRC’s periodic review comes after Iranian Judiciary Chief Seyyed Ebrahim Raeisi claimed in late June that the US and its allies are the worst offenders of human rights in the Middle East, according to the Mehr News agency. He specifically pointed to the rights of civilians in Yemen, which Raeisi claimed are being violated by the Saudi-led coalition with the complicity of Washington.

US Resumes Sanctions Against Iran

The US reinstated harsh economic sanctions against Tehran after President Donald Trump unilaterally withdrew Washington from the 2015 Iran nuclear deal, also known as the Joint Comprehensive Plan of Action (JCPOA). Exactly a year later, Iran announced that it suspends some of its obligations under the JCPOA.

The Iranian Foreign Ministry recently pointed out that the new US sanctions against Tehran are useless, stressing that the unilateral measures reveal the helplessness and inability of the Trump administration to use diplomacy.