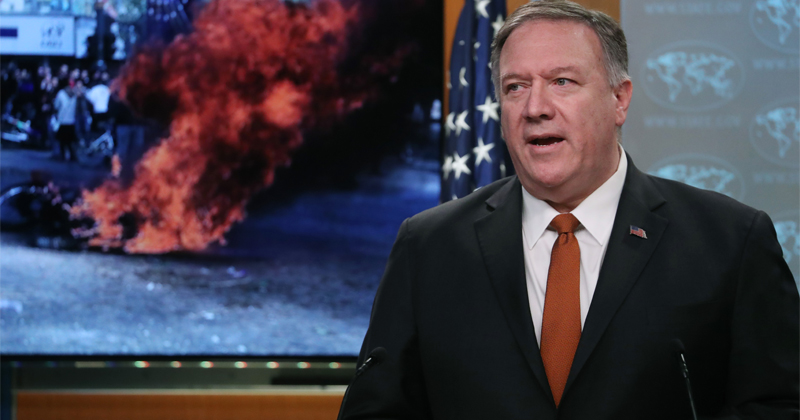 Beijing has fired back at Washington for restricting Chinese journalists by rescinding the press credentials of US correspondents with the New York Times, Wall Street Journal and Washington Post.

US Secretary of State on Tuesday urged Beijing to ‘reconsider’ its decision to expel American correspondents from China in response to Washington’s move to cut the number of Chinese journalists working in the US.

“I regret China’s decision today to further foreclose the world’s ability to conduct the free press operations that, frankly, would be really good for the Chinese people in these incredibly challenging global times, where more information, more transparency are what will save lives,” Pompeo said at press conference.

The Chinese authorities on Wednesday ordered the US reporters with the New York Times, Washington Post and Wall Street Journal, whose press credentials were to expire this year, to leave the country. The reporters were given 10 days to return their press credentials.

“They will not be allowed to continue working as journalists in the People’s Republic of China, including its Hong Kong and Macao Special Administrative Regions,” the statement said.

Also on Wednesday, Beijing demanded that a number of the US news outlets, including the New York Times, the Wall Street Journal, The Washington Post, Time magazine and Voice of America declare their personnel, finances, operations and real estate in China.

“The above-mentioned measures are entirely necessary and reciprocal countermeasures that China is compelled to take in response to the unreasonable oppression the Chinese media organizations experience in the US,” the foreign ministry explained, stressing that the measures ” are legitimate and justified self-defense in every sense.”

The development comes as Washington restricted the number of visas being issued to Chinese correspondents working in the US to 100, which in essence meant the immediate expulsion of a third of the staff working for Chinese outlets, – including Xinhua and China Global Television Network, or CGTN, – on American soil.

The US authorities justified their actions due to the alleged tightening of surveillance, harassment and intimidation of foreign reporters working in China by Beijing.