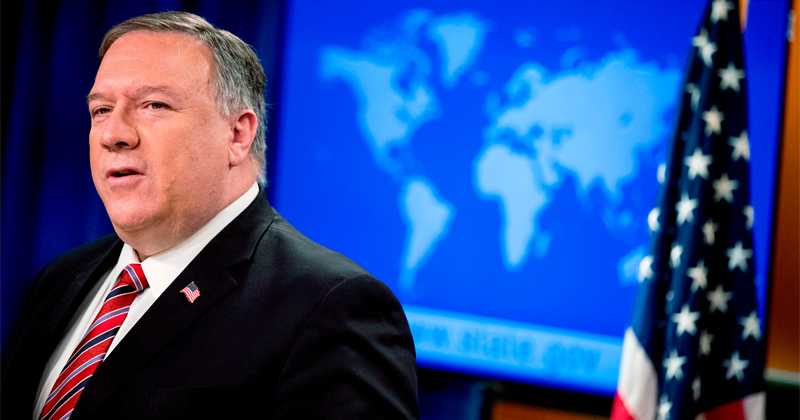 Secretary of State Mike Pompeo blasted China on Wednesday, telling Fox News that their ongoing efforts to hide information about the origin of the coronavirus poses a threat to the world.

“The Chinese Communist Party now has a responsibility to tell the world how this pandemic got out of China and all across the world, causing such global economic devastation,” said Pompeo, adding “America needs to hold them accountable.”

White House adviser Jared Kushner, Trump’s son-in-law, also said Wednesday that Trump has ordered an investigation into the origins of the virus and hold those responsible accountable for its spread, reports Bloomberg.

(Might that include Dr. Anthony Fauci, who heads the National Institute for Alergy and Infectious Diseases which committed $3.7 million over six years to Wuhan scientists studying bat coronaviruses, according to Newsweek?)

Pompeo’s comments follow a Wednesday claim on China Central Television’s top evening news program suggested that US data on COVID-19 infections was inaccurate and misleading, while the program in recent days accused Pompeo of “turning himself into the common enemy of mankind” and “has exceeded the bottom line of being human.”

“The Chinese Communist Party now has the responsibility to tell the world how the pandemic got out of China and all across the world, costing such global economic devastation.” – @SecPompeo pic.twitter.com/kH2cSha703


According to Pompeo, China knows that the pandemic started in their country, and is using “classic communist disinformation” to shift blame.

“I’ve been heartened to see Australia, other countries joining us, demanding an investigation, because while we know this started in Wuhan, China, we don’t yet know from where it started,” he said, walking back a claim made last week when stated “Look, we know it began at one [lab], but we need to figure this out.”

“And in spite of our best efforts to get experts on the ground, they continue to try and hide and obfuscate,” Pompeo added.

Meanwhile, Kushner told Fox News in a separate Wednesday interview that Trump “has asked the team to look into, very carefully, what happened, how this got here, and to make sure that he will take whatever actions that are necessary to make sure the people who caused the problems are held accountable for it.”