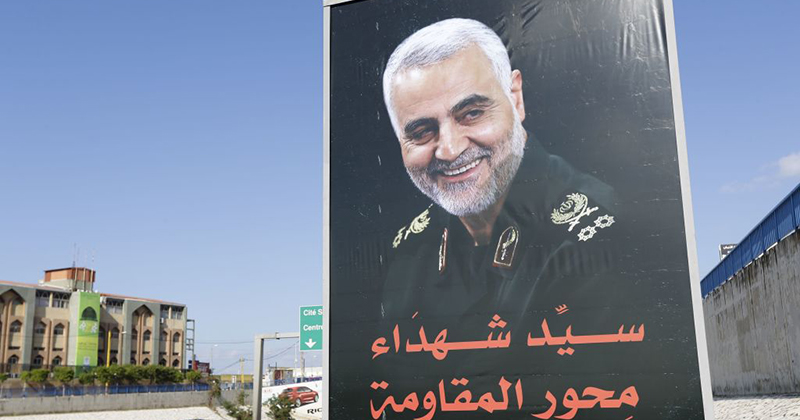 Secretary of State Mike Pompeo said Thursday that there’s “no doubt” Iranian General Qassem Soleimani was planning “a series of imminent attacks” but “we” just don’t know precisely “when” or “where.”

Evidently, the word “imminent” to Pompeo means something which can happen at any time.

Winning? Who cares about winning or a “just war”? Crenshaw says we’re staying in Afghanistan forever and winning is striking preemptively (like the Japanese did at Pearl Harbor).

As a reminder, US officials said last week they suspected Soleimani of planning an “imminent” so-called “campaign of violence” and the evidence was “clear and unambiguous.”

General Suleimani had just completed a tour of his forces in Syria, Lebanon and Iraq, and was planning an “imminent” attack that could claim hundreds of lives, those officials said.

“Days, weeks,” Gen. Mark A. Milley, the chairman of the Joint Chiefs of Staff, said on Friday, when asked how imminent any attacks could be, without offering more detail other than to say that new information about unspecified plotting was “clear and unambiguous.”

But some officials voiced private skepticism about the rationale for a strike on General Suleimani, who was responsible for the deaths of hundreds of American troops over the years. According to one United States official, the new intelligence indicated “a normal Monday in the Middle East” — Dec. 30 — and General Suleimani’s travels amounted to “business as usual.”

That official described the intelligence as thin and said that General Suleimani’s attack was not imminent because of communications the United States had between Iran’s supreme leader, Ayatollah Ali Khamenei, and General Suleimani showing that the ayatollah had not yet approved any plans by the general for an attack.

The Prime Minister of Iraq claimed Sunday that Soleimani was actually taking part in a peace initiative to diffuse tensions between Saudi Arabia and Iran.

This is stunning – #Iraq prime minister tells parliament US troops should leave. Says @realDonaldTrump called him to ask him to mediate with #Iran and then ordered drone strike on Soleimani. Says Soleimani carrying response to Saudi initiative to defuse tension when he was hit.