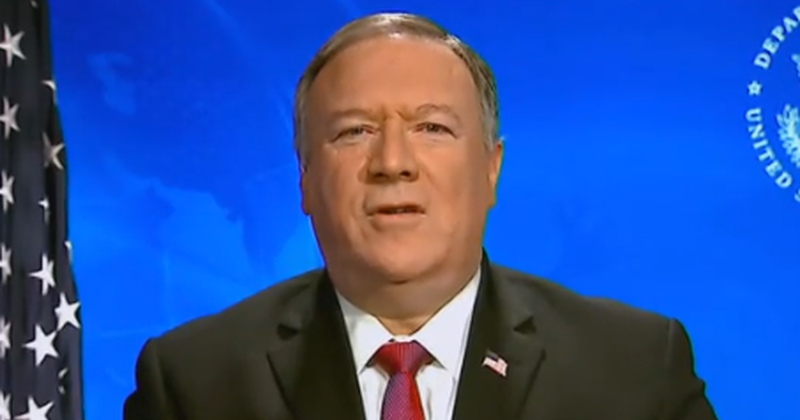 US Secretary of State Mike Pompeo urged Sunday that there is “enormous evidence” that the coronavirus originated and leaked from the Wuhan Institute of virology, with more intelligence document leaks further pointing to a Chinese cover up.

Appearing on ABC’s “This Week,” Pompeo stressed that the US investigation is turning up significant findings that indicate the virus did not originate at a wet market, but stemmed from scientists working with virus samples in the lab.

“There’s enormous evidence that that’s where this began. We’ve said from the beginning that this was a virus that originated in Wuhan, China. We took a lot of grief for that from the outset. But I think the whole world can see now.” Pompeo stated.

“Remember, China has a history of infecting the world, and they have a history of running substandard laboratories. These are not the first times that we’ve had a world exposed to viruses as a result of failures in a Chinese lab.” he continued.

“And so, while the intelligence community continues to do its work, they should continue to do that, and verify so that we are certain, I can tell you that there is a significant amount of evidence that this came from that laboratory in Wuhan.” Pompeo stressed.

The Secretary squarely blamed China, saying that “The Chinese Communist Party had the opportunity to prevent all of the calamity that has befallen the world.”

“This is a classic Communist disinformation effort.” Pompeo said, noting “We’ve seen the fact that they kicked the journalists out. We saw the fact that those who were trying to report on this, medical professionals inside of China, were silenced. They shut down reporting — all the kind of things that authoritarian regimes do, the way Communist parties operate.”

“The Australians agree with that. You hear the Europeans beginning to say the same thing. I think the whole world is united in understanding that China brought this virus to the world.” Pompeo said, in a statement that may have been a reference to the leaked ‘five eyes’ intelligence report from agencies around the globe that concurs the Chinese instituted a cover up.

“We’re going to hold those responsible accountable, and we’ll do so on a timeline that is our own.” Pompeo urged.

CCP mouthpiece Hu Xijin, editor-in-chief of the state-owned Global Times later responded to Pompeo’s comments, challenging the Secretary to present the “enormous evidence” that the virus was leaked from a Chinese lab “to the world.”

“By demanding to investigate Wuhan lab, they are trying to create continuous controversy and focus, to fool the American public,” Xijin claimed.