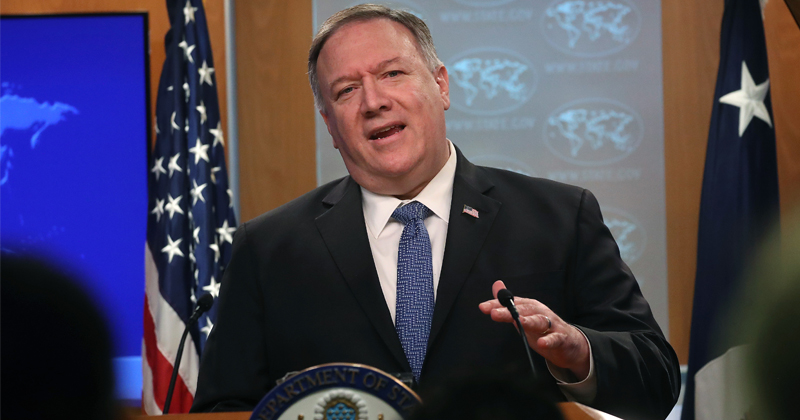 The novel coronavirus disease was first detected in Wuhan in China’s Hubei province in late December 2019 and has since spread worldwide.

The number of people infected globally has surpassed 98,700, with more than 3,300 fatalities. Over 55,400 people have recovered.

US Secretary of State Mike Pompeo has said on Friday, as quoted by CNBC, that “imperfect” coronavirus data has put the United Stated “behind the curve”.

“The information that we got at the front end of this thing wasn’t perfect and has led us now to a place where much of the challenge we face today has put us behind the curve”, Pompeo was quoted as saying.

Pompeo also complained that it has been “incredibly frustrating” to work with Beijing to obtain the data necessary for developing vaccines and containing the epidemic.

Meanwhile, President of the United States Donald Trump has signed an $8.3 billion emergency funding bill into law, the White House Deputy Press Secretary Judd Deere said on Friday. The US Senate on Thursday overwhelmingly passed the bill for response efforts against the novel coronavirus outbreak.

🚨🚨@realDonaldTrump just signed the Coronavirus Supplemental funding bill before departing the @WhiteHouse for Tennessee. The funding, which the president requested, will accelerate development of a vaccine and assist with response efforts. 🖊 pic.twitter.com/iV9jzncbxT


​In the United States, a total of 11 Americans have died so far from the novel strain of the coronavirus, while more than 100 others have been infected.

The US Senate on Thursday overwhelmingly passed an $8.3 billion emergency funding bill for response efforts to the novel coronavirus outbreak. The legislation will now head to US President Donald Trump’s desk for his signature.

In February, President Donald Trump, after announcing that Pence would head the coronavirus response, rejected the assessment by US health officials who said it was inevitable that the virus would spread more broadly in the United States.

The infection, which originated in the Chinese city of Wuhan in Hubei province in late December, has spread to over 70 countries. In total, more than 98,000 people have been infected worldwide, with the death toll reaching 3,400.

Dr. Francis Boyle joins The Alex Jones Show to break down the pandemic America is going to face as coronavirus spreads.