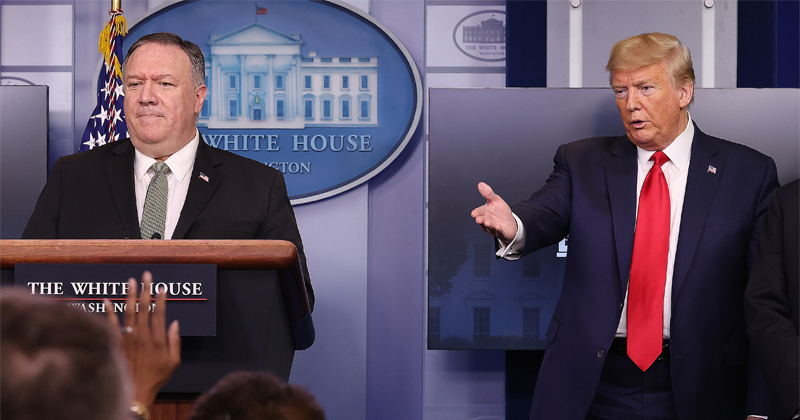 In a new exclusive interview with UAE’s The National on Wednesday, Secretary of State Mike Pompeo said the US is demanding of Beijing access to all major Chinese bio-research virology labs.

“We, collectively the world, still has not had access to the Chinese labs,” the top US diplomat said. Crucially, The National reports of the new statements:

“For the first time, he mentioned multiple labs beyond Wuhan’s Institute of Virology (WIV) that would be critical to access to determine the origin of the virus.”

“These labs in China, not just the WIV, there are multiple labs that where the Chinese Communist Party is working on various levels of pathogens,” Mr Pompeo told The National. “It is important that there would be a global effort that those people working with dangerous substances have the capability to prevent accidental release.”

The new statements will no doubt be taken as another Washington provocation in Beijing’s eyes, coming as speculation goes full mainstream that the deadly virus actually originated at either the Wuhan Institute of Virology (8 miles from the Wuhan wet market where cases first popped up last year) or the nearby Wuhan Center for Disease Control and Prevention (a mere 300 yards from the wet market).

Pompeo said US allies like Germany and Australia have voiced support to US administration efforts to get the bottom of it, and said further in the interview it “would be important to the question presented [determining the origin of the virus] and it’s important we get the answer, not just as a historical matter, but so we can prevent such a thing from happening again… it is time that there would be transparency and access so that the world can respond.”

Since last week the mainstream media, including CNN, began taking seriously outbreak origin theories centering on Wuhan’s high-level research labs. For example Gordon G. Chang is a columnist for The Daily Beast, a publication which elsewhere mocked “conspiracy theories” centered on an accidental or purposeful release:

It is becoming increasingly clear that the #coronavirus escaped from one of the two bio labs in #Wuhan, probably the Wuhan Institute of Virology. Patient Zero is almost certainly a worker there. See: https://t.co/7xyiYo0d2E. #China @FoxNews


He simultaneously slammed Chinese officials’ latest statements blaming the US for the spread of COVID-19, specifically calling out “their disinformation campaigns that it began in Europe or brought by US soldiers.”

SCOOP: In a first Mike Pompeo says Access to "Multiple Labs in #China" and NOT just Wuhan's, is Required by World to Determine source of #COVID19.

Says WHO has failed, & Merkel supportive of investigation. Details https://t.co/EQPnVdmKj7


“This is dangerous,” Pompo said, adding: “this is not political, you have to know the nature and the pathway that the virus took in order to save lives, and that didn’t happen, they were too slow.”

He also again went after the WHO in the new remarks, in a now familiar administration refrain highlighting the global health body’s failures and slowness to act. This means the WHO itself is unlikely to assist with US demands to access China’s virology labs, making it a distant prospect in practical terms.

David Icke joins The Alex Jones Show to break down the crossroads humanity has reached, and which path leads to assured destruction.