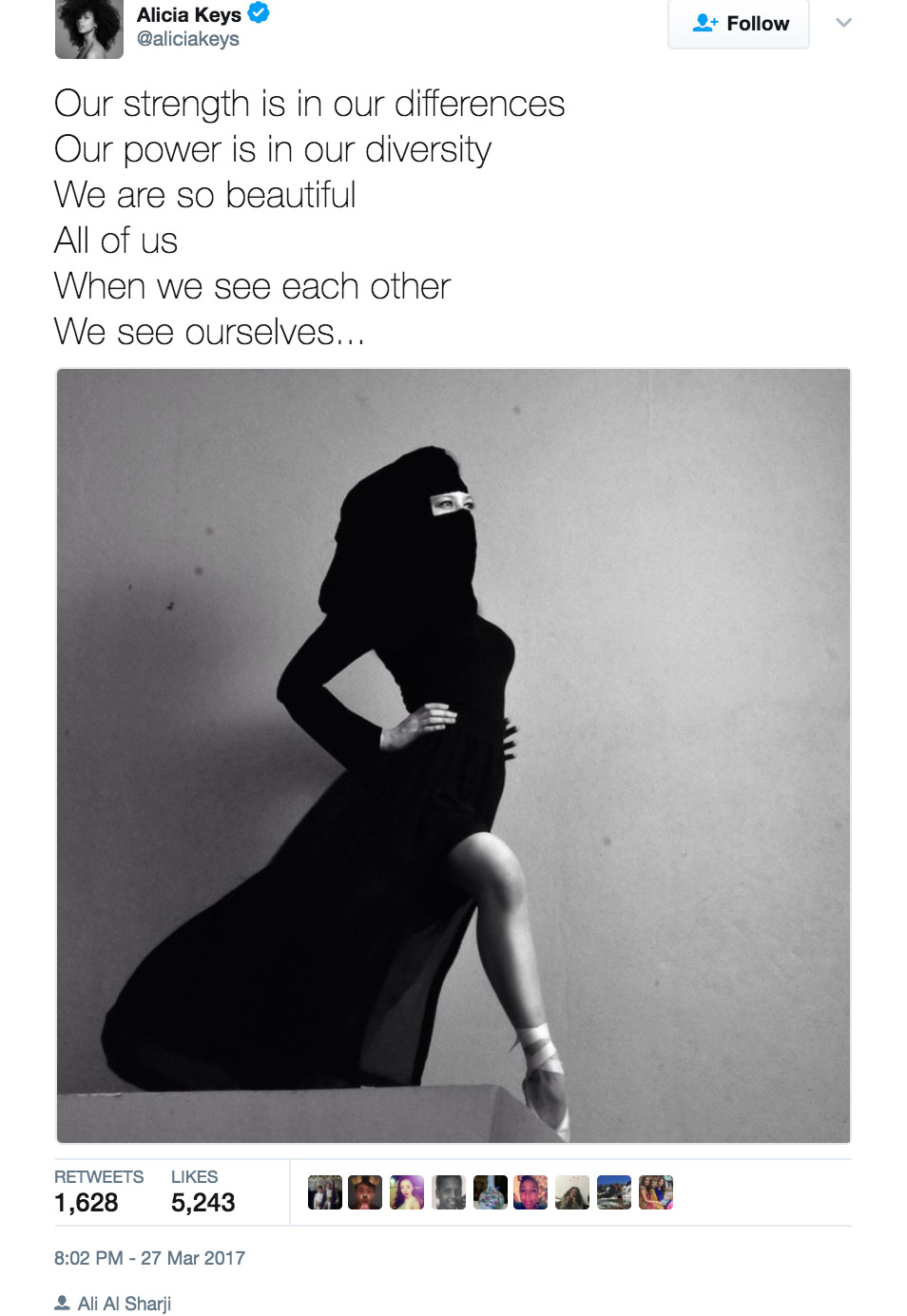 Pop music star Alicia Keys may have gone a leg too far in attempting to celebrate “diversity.”

In a recently-deleted Sunday evening tweet, Keys stirred outrage with a photograph depicting her in a tight-fitting niqab, an orthodox Muslim piece of attire meant to be loosely worn.

Keys also flashed her leg in the photo, a defiance of Islamic dress codes which often leads to brutal penalties in some Muslim populations.

“Our strength is in our differences / Our power is in our diversity / We are so beautiful / All of us / When we see each other / We see ourselves…” Keys’ tweet said.

Many commenters immediately informed her the tweet was out of line, with some accusing her of “glamorizing the veil.” 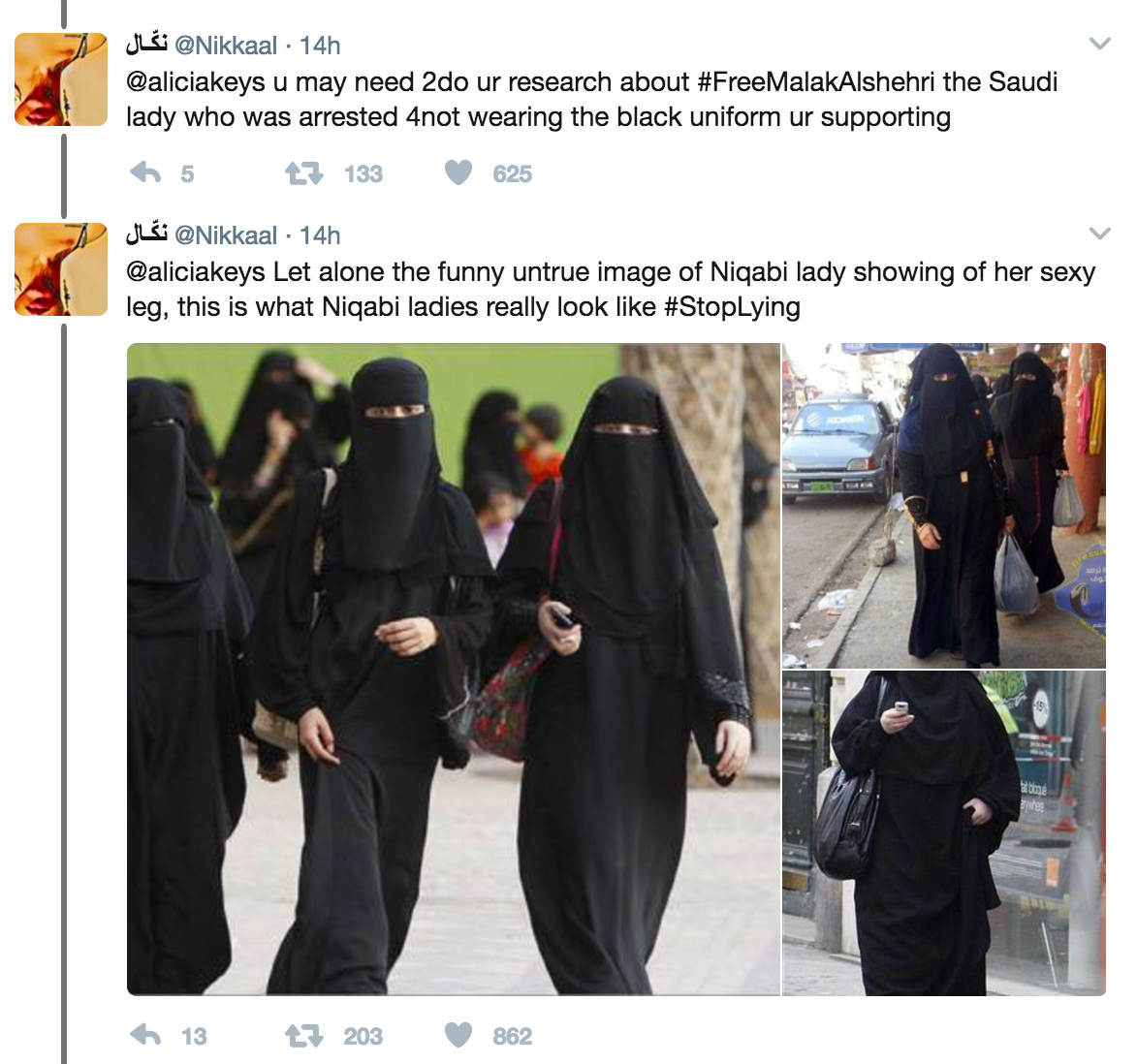 Replies: wow you’re supporting oppression” or “this is disrespectful to Islam”
how bout y’all chill and let each woman decide for herself? https://t.co/esT7XWDH00

Malak Al Shehri, the woman mentioned in one of the above tweets, was arrested last year and sentenced to lashings in Saudi Arabia after sharing photos of herself on social media openly defying dress code.

Others pointed out that when zoomed in, it appeared the burqa was photoshopped onto a previous photo.

@datnofact @DaDiDaDIDum If a woman threw a leg like that in saudi, she’d be stoned to death or caned. Some solidarity…

The ill-advised tweet was deleted Wednesday with no explanation offered.

Ali Al Sharji, the “conceptual artist” behind the photo, retweeted posts which perceived the controversy as a sign that his art was “making people think” and therefore was successful.

@ghazibalucci An art piece that incites controversy and discussion is a successful one.

In comments to the website Stepfeed, Al Sharji said he wanted to portray an “out of the ordinary” Arab woman.

“My image was [meant] to portray the freedom an Arab woman has to pursue [for] a passion that is out of the ordinary,” Sharji said.

“I feature Arab women as symbols in many of my art pieces to revolutionize the traditional thinking of women not being able to follow their dreams.”

Niqabs differ slightly from burqas in that the outfit has a slit for a woman’s eyes.