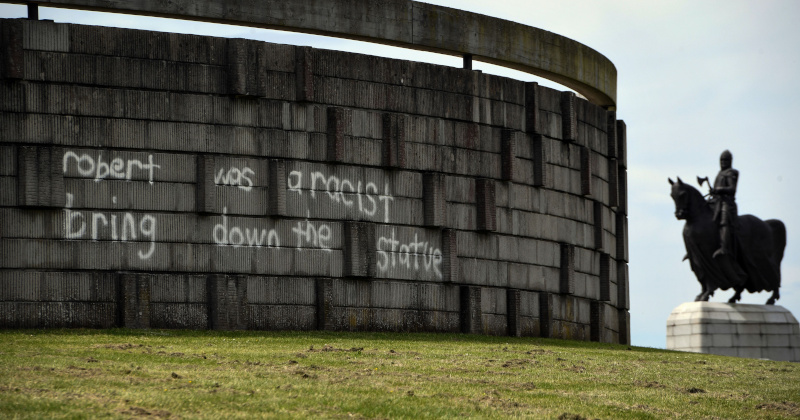 The hit science magazine Popular Mechanics has sparked backlash online after embracing the violent side of the ongoing protests in the US, giving step-by-step instructions on how to safely raze monuments to historical figures.

Eager to commit an act of vandalism but have little experience and want to make sure you don’t accidentally hurt your co-conspirators in the process? Rest reassured, Popular Mechanics is here to lend a helping hand and a piece of expert advice.

In its article published on Monday, the science magazine provided elaborate step-by-step guidelines on how to “bring that sucker down without anyone getting hurt.”

Rallying behind the rampant destruction of historical monuments across the US amid allegations that they celebrate a legacy of racism, the magazine said that it asked “scientists for the best, safest ways to bring it to the ground without anyone getting hurt – except, of course, for the inanimate racist who’s been dead for a century anyway.”

Penned by James Stout, the article goes on to describe the two “best” methods of dismantling a statue – “the physical approach” and “the chemical approach” – in great detail, giving nothing short of literal instructions on how to destroy a monument, including the precise number of people needed to pull down “your average statue.”

While ongoing protests against police brutality sparked by the killing of George Floyd remain a number-one topic, reliably bringing in coveted clicks, many readers were not impressed with the magazine’s foray into politics.

While some praised the publication for its “edgy, stunning and brave” piece on how to (properly) damage public property, the positive feedback was drowned out by comments scolding the magazine for “politicizing science.”

I knew it was no longer about science. Science has become politicized, buyer beware! Hope Marxism works out for Popular Mechanics, but it’s doubtful.


That’s disappointing Popular Mechanics was one of my favorite magazines growing up.


Others were simply baffled by the magazine’s decision to condone vandalism. “Does Popular Mechanics have a physical office? Seems strange to encourage destruction if they do,” a commenter said.

Daily Wire editor-in-chief Ben Shapiro predicted that the magazine probably would not stop at monuments. “I look forward to Popular Mechanics putting together a primer on how to make a Molotov cocktail,” he said.

I look forward to Popular Mechanics putting together a primer on how to make a Molotov cocktail https://t.co/Re2VkHeJSN


Scores of statues have been pulled down by demonstrators across the US in recent weeks, including two statues honoring pioneers who settled in Oregon, and a statue of Thomas Jefferson in front of a school bearing his name in Portland.

The PM piece, however, was inspired by a tragic incident in Virginia, which saw protesters pull down a stone statue directly onto a fellow demonstrator standing below, leaving him critically injured with a serious head wound.