The UK based population control advocacy group Population Matters felt compelled to respond to the latest controversy surrounding their patron David Attenborough, who recently stated humans are a “plague on the earth”.

In a press release posted on its website, the organization expresses support for their beloved patron’s statements, concurring that mankind may be viewed as a plague upon the planet- not to be understood as a disease as such, but rather as the way this disease spreads.

“What did he (Attenborough) mean? Surely he does not mean that we are a disease? More probably, he was thinking of a plague of locusts, which consumes all that it sees, and then dies off.”

“That analogy is apt.”, the statement continues. “Human numbers have doubled in the last fifty years to seven billion. Natural habitats, wildlife and fish stocks are falling around the world, due to development, overexploitation and climate change. Resources, too, are being steadily depleted, whether that be water sources, fertile land, fossil fuels or key minerals such as fertilizers.”

This kind of thinking was effectively commincated in the first Matrix film:

In their haste to come to their patron’s aid, the Population Matters people have shown us a brief glimpse into their outlook on humans in general which can be summarized as follows: humans equal insects that spread, consume resources and then die. This view is held dear by environmentalists and conservationists all over the globe. One could even say that this dangerous anti-human thinking spreads locust-like within the scientific community. Another patron of Population Matters, University College’s Emeritus Professor John Guillebaud, has shown us (quite literally) another glimpse into the true nature of these neo-Malthusians when he spoke in front of a group of scientists at Cambridge University’s Triple Helix Society on October 14, 2010.

On the top of the screen of Guillebaud’s slide show we read the words: “guide to “population control” methods”, showing on the one hand a contraception pill, which is described as an artificial method of population control. On the right hand side we see depicted a machine-gun, a knife, and a hospitable-bed as examples of “natural” methods of population control (from 1 minute onward).

“It either happens the gentle way, through family planning (…), or it happens the nasty ways (…) excessive heat, hurricanes, flooding and so on. To me that’s the ultimate inconvenient truth”, the professor stated.

This is classical neo-Malthusian reasoning. Reduce human numbers voluntarily “for the earth”, or else… Also typical of modern-day eugenicists is the urge to conceal their true purpose (population reduction and control) with euphemistic phrases which vary from “family planning” to “reproductive health”. In this video the professor admits to this deception:

“Will you all undertake a little project today, for me”, Guillebaud said, “and that is never from the 14th of October onwards will you say those words up there (pointing towards the text on the slide: “population control”). You will never find me in any situation except in the context of this slide saying: population control. So will you for the rest of this meeting, and for the rest of your life, never put those two words together. They have been so damaging. They instantly make your hair up… think of India in the 1970s and of China at time present. Use any other way you would like to say, like my phrase “population matters”. Please don’t say “population control”. So there’s one thing you can all do.”

In 2010 I reported on a 2006 gathering which was attended by the United Nations Population Fund, the International Planned Parenthood Foundation, the European Commission, the World Bank and Bill and Melinda Gates Foundation. At the meeting professor of Medical Demography at the London School of Hygiene and Tropical Medicine John Cleland admitted that all modern-day language used in relation to the population reduction agenda is actually code.

“No more shrouding our statements in code. Because code just confuses people.”, the professor said (page 33 in the document).

out honestly with the true mission they have set out to pursue.

“It does this cause no service at all to continue to shroud family planning in the obfuscating phrase “sexual and reproductive health”. People don’t really know what it means. If we mean family planning or contraception, we must say it. If we are worried about population growth, we must say it. We must use proper, straightforward language. I am fed up with the political correctness that daren’t say the name population stabilization, hardly dares to mention family planning or contraception out of fear that somebody is going to get offended. It is pathetic.

Deception is the fruit by which we know these characters who would like to view mankind as a plague of locust, plundering natural resources. If there is one group that consumes resource on a massive scale, it’s crypto-eugenicists such as Al Gore and Bill Gates who individually consume more than an average small-sized developing nation- which just happens to be exactly the sort of nation they like to see depopulated. 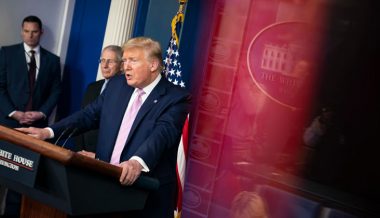 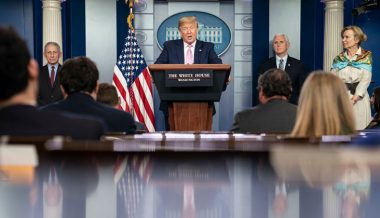