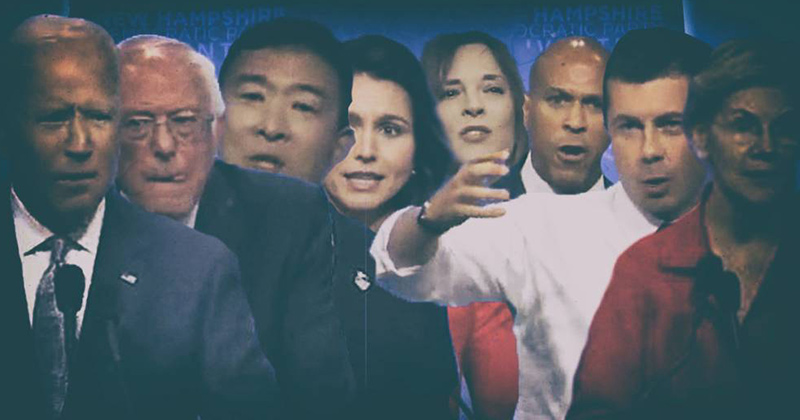 It’s always the people that have less than zero room to talk that come barreling out of nowhere to attack Trump with full cartloads of BS.

For example, Mick Jagger, recently blamed Trump for “tearing apart” environment controls when America should be setting the standard for the world.

Of course, his Royal Satanic Majesty doesn’t understand those controls include something found in the fine print of the UN Climate Summit known as “loss and damage.”

But who can expect a Satanist who made a film with Crowley acolyte Kenneth Anger and future Manson murderer Bobby Beausoleil to understand anything outside of what his social circle of vampires tells him.

And then, there is former South Carolina Gov. Mark Sanford, who has announced that he will run as a Republican against Trump.

Sanford attacked Trump for his transgressions while brushing aside the fact that he covered up an affair he was having with his Argentinian mistress by claiming he had been hiking the Appalachian Trail.

Add to this motley crew, disgraced former Trump Press Secretary Anthony Scaramucci, who is desperately clinging to his fifteen minutes of fame.

And then, there’s the field of Democratic candidate madness, towing the same cringe-worthy attacks we have all grown to loathe.

Even the almighty King of Morality and Truth, Snopes founder David Mikkelson allegedly embezzled $98,000 for prostitutes during his divorce.

I ask you, has any decent person stood up in opposition to President Trump’s populist uprising?