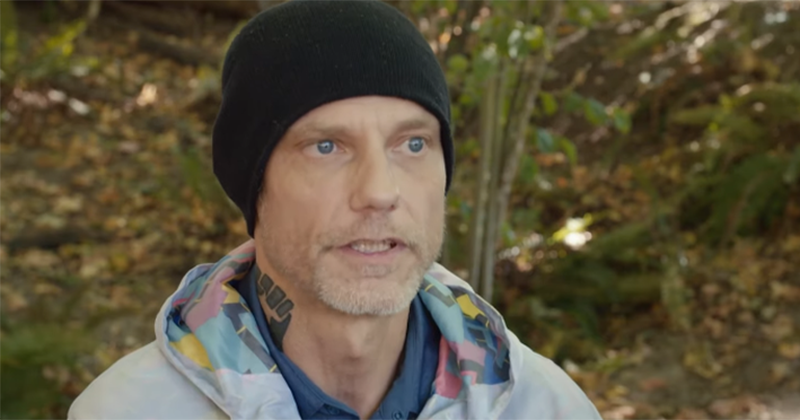 Michael Forest Reinoehl, who appeared to admit to murdering a Trump supporter last weekend in Portland in a Thursday interview with Vice, was shot dead by law enforcement later that evening as they attempted to arrest him in Lacey, Washington, located southwest of Seattle.

According to Lt. Ray Brady of the Thurston County Sheriff’s Office, law enforcement was in the area looking for a homicide suspect, and that the 48-year-old Reinoehl was seen exiting an apartment and entering a vehicle, according to the New York Times.

“As they attempted to apprehend him, there was gunfire,” said Brady.

According to the Associated Press, Reinoehl pulled a gun during the incident, after a federal task force from the FBI and the U.S. Marshals Service located Reinoehl.

Trevor Brown, 24, who lives in a townhouse nearby, said he heard several shots fired before he looked out the window and saw as many as four police officers in the road, who fired three or four times. He then said he saw Mr. Reinoehl lying on the ground.

Jashon Spencer, who also lives not far away, said he was at home before 7 p.m. when he heard a large number of gunshots. “I just heard a whole bunch of pops,” Mr. Spencer said. “I ducked. I thought they were shooting in my yard.”

He said that he went out and saw a bloodied man in the street, and that he captured the scene on video. Later, a law enforcement officer could be seen attempting CPR. –New York Times

Marxist mob turns on its own mayor in Portland, death threats by the health-loving mask mob against the salon owner exposing Pelosi’s scam, and DC politicians want to purge 65 monuments. Does President Trump realize that under the Constitution, its one of the very few places owned by Federal government?

A warrant was issued for the 48-year-old Reinoehl earlier Thursday.

Reinoehl, who identified over social media as “100% Antifa,” said in a Vice News interview that he had “no choice” but to murder 39-year-old Trump supporter Aaron “Jay” Danielson last weekend, as he believed Danielson was going to stab his friend.

“I could have sat there and watched them kill a friend of mine of color, but I wasn’t going to do that,” Reinoehl added.

The suspect in last weekend’s murder of Aaron “Jay” Danielson says he acted in self defense when he fired on the “Patriot Prayer” supporter.

In an interview with freelance journalist Donovan Farley provided to VICE News, 48-year-old Michael Forest Reinoehl – a former military contractor and father of two who claims to be “100% Antifa” – says he was providing “security” at Black Lives Matter protests, when he says he believes he and a friend were about to be stabbed.

“You know, lots of lawyers suggest that I shouldn’t even be saying anything, but I feel it’s important that the world at least gets a little bit of what’s really going on,” says Reinoehl.

“I had no choice — I mean, I had a choice. I could have sat there and watched them kill a friend of mine of color. But I wasn’t going to do that.”

Reinoehl has not been arrested or charged, and Portland police declined to say if he is the target of its investigation into the killing of Aaron “Jay” Danielson, who was taking part in a pro-Trump rally with an estimated 600 trucks winding through the city that night. But in a conversation with freelance journalist Donovan Farley provided to VICE News and airing in full Thursday night, Reinoehl said he believed he and a friend were about to be stabbed, and that he acted in self defense. -Vice

The full interview will air Thursday night. See preview below:

Now watch and listen to what happened:

It was an execution.

The blood of this man is on the head of feckless leftist leaders like Ted Wheeler! What did he thing was going to happen after 100 days of violence and chaos?