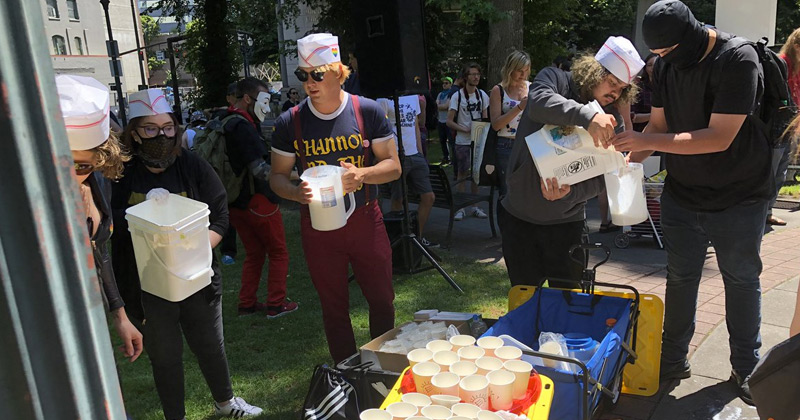 Portland police have released an officer’s statement where he reported Antifa protesters threw milkshakes mixed with concrete during a demonstration last month.

In the report obtained by The Oregonian through a public records request, Lt. Richard A Stainbrook breaks down why he “firmly believes” Antifa operatives added quick-dry concrete to milkshakes thrown at people, a claim which the violent leftists have thus far denied.

Police have received information that some of the milkshakes thrown today during the demonstration contained quick-drying cement. We are encouraging anyone hit with a substance today to report it to police.

During the June 29 protest, Officer Stainbrook says a woman covered in the substance walked up to him and told him “Those things are filled with ‘Quikrete,’” just as he was taking a report from two victims also hit with milkshakes.

“I looked at the female and she was covered about her head and shoulders with a grey colored substance that was starting to dry,” Stainbrook wrote, adding he was familiar with Quikrete. 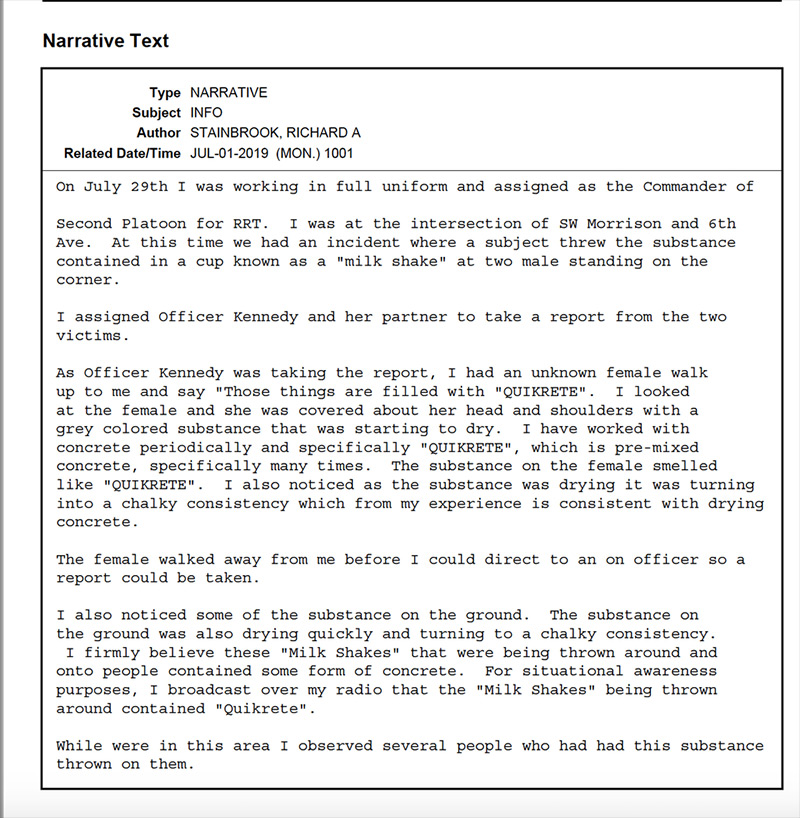 “I have worked with concrete periodically and specifically ‘Quikrete,’ which is pre-mixed concrete, specifically many times. The substance on the female smelled like ‘Quikrete’. I also noticed as the substance was drying it was turning a chalky consistency which from my experience is consistent with drying concrete.”

Stainbrook argued he called the concrete mix in over the police radio to provide “situational awareness” to other officers.

“While were in this area I observed several people who had had this substance thrown on them,” he added.

In the weeks following the protest, the group that organized the milkshake event, PopMob (short for “Popular Mobilization”) vehemently denied adding the quick-dry cement, claiming they merely “provided a dance party atmosphere and served vegan coconut milkshakes,” and demanded a retraction from the city and its mayor.

Quillette journalist Andy Ngo, who was badly injured while documenting the event, noted the group’s “milkshake” theme days ahead of the protest, and warned that PopMob was an Antifa-allied group, and that “Antifa promises violence.”