An Australian primary school predicted “microchips in student’s brains” within 10 years before subsequently deleting the newsletter that contained the creepy prophecy.

The bizarre entry was featured in the May 26 edition of the Preston West Primary school’s newsletter, which listed a number of prosaic things the school envisages will be helpful to educating children in a decade.

They include “more mental health awareness,” “more buildings and development,” as well as “technological advances for teachers and students.”

However, also included on this list is “microchips in student’s brains to promote intelligence and memory.” 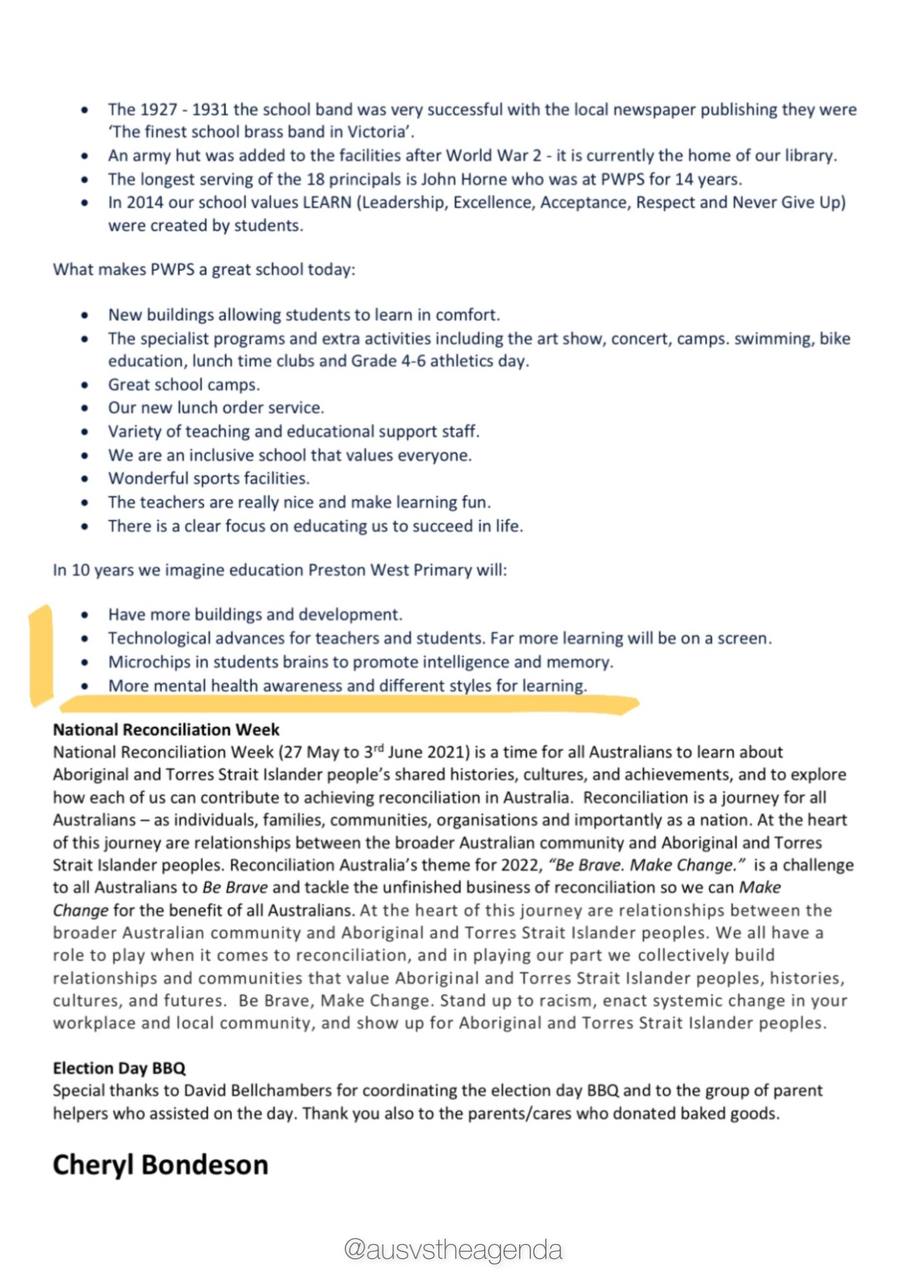 Although the newsletter was deleted by the school (it appears all their newsletters have been wiped), proof it was originally posted can be seen via the Google search cache below.

As we have previously highlighted, implantable microchips are moving closer to becoming commonplace, particularly as countries embrace the digital ID and a cashless society.

The BBC recently reported on people getting implanted with microchips in their arms in order to make purchases in a more convenient way.

We also highlighted how people in Sweden are willingly having COVID vaccine passports placed onto implantable microchips in their hands.

Cartoon villain and World Economic Forum chief Klaus Schwab wrote in his book ‘The Great Reset’ that the fourth industrial revolution would “lead to a fusion of our physical, digital and biological identity,” which in his book he clarifies is implantable microchips that can read your thoughts.

During last week’s Davos meeting of global elitists, Pfizer CEO Albert Bourla explained to Schwab how soon there would be “ingestible pills” – a pill with a tiny microchip chip that would send a wireless signal to relevant authorities when the pharmaceutical has been consumed.

Pfizer CEO Albert Bourla explains Pfizer's new tech to Davos crowd: "ingestible pills" – a pill with a tiny chip that send a wireless signal to relevant authorities when the pharmaceutical has been digested. "Imagine the compliance," he says pic.twitter.com/uYapKJGDJx