From Big State a Call for Small Banks … An annual report from a regional Federal Reserve bank is typically a collection of banalities and clichés with some pictures of local worthies who serve on the board. And so it is with this year’s annual report from the Federal Reserve Bank of Dallas, whose pages are graced by the smiling, stolid portraits of board members who run local companies like Whataburger Restaurants. But the text is something else entirely. It’s a radical indictment of the nation’s financial system. The lead essay, which is endorsed by the president of the Dallas Fed, contends that despite the great crisis of 2008, a cartel of megabanks is still hindering the economic recovery and the institutions remain too big to fail. The country’s biggest banks look much as they did before the 2008 financial crisis — only bigger. They have “increased oligopoly power” and “remain difficult to control because they have the lawyers and the money to resist the pressures of federal regulation,” Harvey Rosenblum, the head of the Dallas Fed’s research department, wrote in the essay. – ProPublica

Dominant Social Theme: We, the Fed, the most powerful monopoly on the planet, are concerned about the “increased oligopoly power” of our distribution system.

Free-Market Analysis: The excerpt above is taken from a column that “monitors” financial markets in order to hold “companies, executives and government officials accountable for their actions.”

OK. It’s a well-written column, but it misses a main point, in our humble view. The Federal Reserve is a mercantilist(quasi public) facility apparently controlled by dynastic families out of the City of London and elsewhere. For an entity within this larger monstrosity to call parts of the US banking system “too big to fail,” is rich, to put it mildly.

This is actually part of a larger elite dominant social theme, that central banks are a public good and that the quasi-private banking system beneath them is where the problems reside.

This simply isn’t true, in our humble opinion. As we’ve often pointed out, the current Western banking system is nothing but a distribution channel for the elite’s monopoly fiat money. That’s why the world is so overbanked.

If the Dallas Fed honchos had written the following, it would be closer to the truth: “Go to any large city on the planet and observe that the largest skyscrapers are filled with headquarters of obscure banks you’ve never heard of. Travel to any country and observe that banking is a primary occupation …

In other words, it’s kind of hypocritical for the Dallas Fed to complain about the size of American central banks. To use another metaphor, it’s kind of like an obese person pointing to his stomach and claiming that it ought to shrink. Sure, a big stomach is a problem, but it’s not the WHOLE problem by any means. Here’s some more from the article:

Having seen the biggest banks make risky bets, crush the economy and get rewarded leaves “a residue of distrust for the government, the banking system, the Fed and capitalism itself,” Mr. Rosenblum wrote. It’s one thing for the Occupy movement to point out how bailing out the biggest banks — with little cost to their executives or shareholders and creditors — has demolished credibility. It’s quite another for top officials in the Federal Reserve system to put it in an annual report.

“We know under the current structure that the government would be called on once again,” the president of the Dallas Fed, Richard W. Fisher, told me. He has been giving a series of speeches about the continuing problem of “too big to fail.” …

Unfortunately for our banking regulation system, critics in the regional Federal Reserve banks haven’t had much influence on regulatory policy … Mr. Fisher, the Dallas Fed president, has been one of the fiercest inflation hawks. He has dissented against the Fed’s efforts to buy longer-term assets, known as quantitative easing, which was an effort to stimulate the economy. (He has been less worried about inflation more recently, arguing that unemployment is the top problem for the economy.)

“Sound money and sound structure go hand in glove,” Mr. Fisher said … The top bank regulators at the Fed, meanwhile, have embraced unorthodox monetary policies, but have also had scant courage and originality in challenging the current structure of the country’s financial system. Not so with the Dallas Fed. Its report champions “the ultimate solution for TBTF — breaking up the nation’s biggest banks into smaller units.”

The elite’s central banking promotion is an endless one. We are constantly transported to the Church of Paper Money where a group of good, gray men administer the creation of trillions of dollars at the push of a button.

After creating a random trillion here and there, these same individuals saunter out to the platform (or stage) and address the waiting “financial reporters.” They explain they are very worried about “inflation,” never hinting that they’d just primed their digital printing presses with another trillion that very morning.

There were very few central banks 100 years ago. Today there are 150, and most of them are quasi-public entities, controlled behind the scenes by the top dynastic families, it seems, that want to create world government and use the proceeds of monopoly money to do so.

The trouble with the elite’s control of central banking in the modern era is that what we call the Internet Reformationhas thoroughly exposed it. As we have pointed out in many articles, the Internet is like the Gutenberg Press before it. It is a magnifying glass, exposing questionable realities that went unnoticed in the 20th century when the elites controlled virtually all forms of formal communication.

Today, the average man – struggling to keep his home, family and job – is well aware that there are a few people who regularly distribute trillions to their cronies while his region withers from the ruin that results from an overabundance of ever-more debased money.

It is this MORAL revelation – a revelation of immorality actually – that is likely going to do in the central banking system. The top central bankers like Fisher are deliberately trying to take a moral position about the modern money system but it may already be too late.

The idea is to whip up resentment against the putatively private sector – to pretend that central banking itself is above the fray and that the problems of the financial world have to do with the structure and immorality of Wall Street and “too-big-to-fail” banks.

For this reason, we have predicted that eventually there will be neo-Pecora hearings in Washington, DC that will then set the tone for the rest of the Western world as well. The previous Pecora hearings back in the 1930s blamed the Depression on Wall Street greed and corruption and set up the SEC, NASD etc.

The new Pecora hearings, which are even now being planned, will deal a full death blow to what is left of the private capital-raising mechanism of the US. There is no question that Wall Street is thoroughly contemptible and corrupted, but after these new hearings take place, there will be nothing left of market capitalism in the US.

The country will have fulfilled the mandate of possible Rothschild agent Alexander Hamilton who wanted to ensure that the US system mimicked the dirigiste European system where people born into one class could never migrate to another.

But there is the Internet … Finally, there is the Internet. These neo-Pecora hearings – if and when they come – will not take place in a vacuum. The powers that be can do all they want to pretend that the problems of Western society come from “big banks” but the evident and obvious truth is that the problems faced by the Western world come from the money system itself.

The world is drowning in money and banks. This plethora of monetary agents has been propounded by the elites themselves to create recessions, depressions and eventually wars – the building blocks of the coming world government. Out of chaos … order.

It will not do anymore for the elites to pretend that central banks are the disinterested solution to the “larger” problems of private-sector cronyism and corruption. In fact, fiat-money monopoly printing IS the problem. The biggest of the too-big-to-fail banks are the central banks themselves.

Conclusion: If the honchos of the Dallas Fed want to break up banks, they should start with their own. 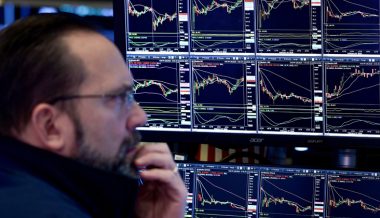