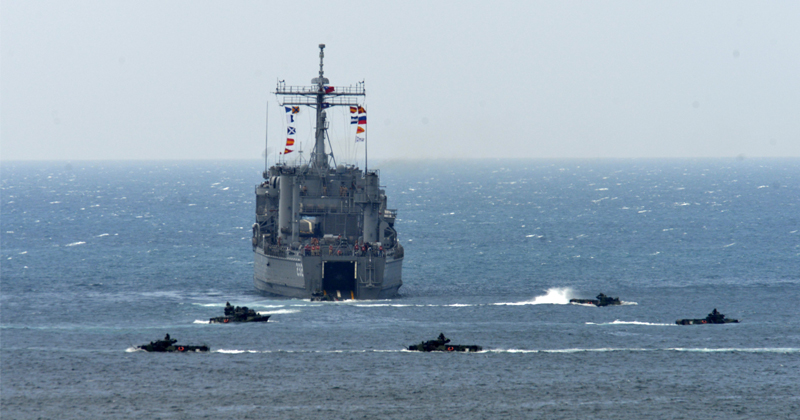 In late October 2018, the Pentagon sent two US Navy vessels through the Taiwan Strait, in the second such operation that year.

Beijing voiced serious concern about the move, while Taiwanese officials claimed that the island’s defense ministry was in full control of the situation and “has the ability to maintain the security of the seas.”

The US Navy doesn’t rule out sending an aircraft carrier through the Taiwan Strait despite risks related to China’s increasing military capabilities, Admiral John Richardson, chief of the US’s naval operations, said.

“We don’t really see any kind of limitation on whatever type of ship could pass through those waters. We see the Taiwan Strait as another [stretch of] international waters, so that’s why we do the transits,” he told a Tokyo news briefing.

Richardson also stressed that the US is opposed to any unilateral action by Beijing or Taipei, urging China to stick to international rules during unplanned naval encounters at sea.

His remarks came after Chinese President Xi Jinping reiterated earlier this month that Beijing would not rule out the use of force in the Taiwan Strait and insisted the island should ultimately be reunited with the mainland.

How China handles Taiwan is a major development on the world stage.

Earlier, Beijing expressed concern over the presence of a US vessel in the Taiwanese port of Kaohsiung and called on Washington and Taipei to cease all military contacts.

Commander Nate Christensen, deputy spokesman for US Pacific Fleet, in turn said that “the ships’ transit through the Taiwan Strait demonstrates the US commitment to a free and open Indo-Pacific,” adding that “the US Navy will continue to fly, sail and operate anywhere international law allows.”

Last year, the US Navy sent warships through the Taiwan Strait three times, but it has not dispatched an aircraft carrier to the strategic waterway in more than ten years.

China has consistently said that Taiwan is the most sensitive issue in its diplomatic ties with the United States, with the second biggest economy in the world viewing the island as a wayward Chinese province.

The United States, along with many other countries, does not recognize Taiwan as a sovereign nation and officially sticks to the “One China” policy. Despite this, Washington has kept informal relations with the island nation after severing diplomatic ties with it in 1979.
Donald Trump was the first president since Jimmy Carter to directly speak with the Taiwanese leader, and in 2017, the US Congress passed the National Defence Authorisation Act which authorized naval military cooperation between the US and Taiwan.

Graphic report revealing what’s really going on at the border.