If resisting arrest is a crime, does a woman have the right to resist a sexual assault by a police officer?

Last May 5th, Magdelena Mol, a young wife and mother from Burbank, Illinois, went to a nearby village called Justice to visit a friend. Shortly after midnight, Mrs. Mol called a taxi and went to a street corner to wait for her ride. A few minutes later, a police officer named Carmen Scardine drove by, then stopped in the middle of the street and ordered Mol to get into his car. 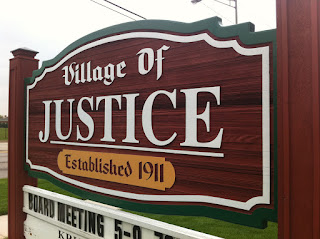 Although Scardine demanded identification from Mol and called the dispatcher to run her name, he never explained why he had taken her into custody. When the taxi arrived a few minutes later, the officer ordered the driver to leave. He then drove the terrified young woman to a secluded area and sexually assaulted her.

On the following day, Mrs. Mol filed an official complaint, which was upheld by the Justice Police Department. She has filed a lawsuit against the department and the Village of Justice – but there is no record that Scardine has been charged with a crime, or even subjected to official discipline.

“As far as I know, he’s still on the force,” stated a dispatcher for the Village of Justice Police Department (which is no stranger to corruption) when asked about Carmen Scardine’s status on November 21.

The facts asserted by Mrs. Mol in her lawsuit aren’t in dispute. Why wasn’t her assailant prosecuted for sexual assault? If Scardine had been charged with that crime, he may have been able to claim that the victim had consented to the act – because she didn’t resist. Of course, if she had resisted, she most likely would have been prosecuted for resisting arrest or even aggravated assault on a police officer – assuming that the victim survived the officer’s attempts to “subdue” her. 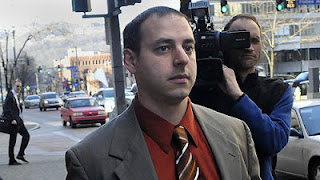 Pittsburgh resident Sarah Smith had an experience very similar to that of Magdelena Mol. One morning several years ago, Smith was in a minor traffic accident with a man on a motorcycle. Smith had let her liability insurance lapse, and she was driving on an expired license, so she was probably already in a state of panic when Pittsburgh Police Officer Adam Skweres arrived. Smith’s unease catalyzed into terror when the officer pulled her aside and offered to let her traffic violations slide as part of a carnal transaction.

Officer Skweres told Smith that “he could make it look like [the accident] was my fault or he could give the driver a ticket for failure to obey signs,” she recalled in an interview with the Pittsburgh Post-Gazette. The price of a favorable assessment would take the form of unspecified sexual favors, and Skweres quite generously promised that what he would demand of Smith would not be “as bad as what would happen to me in jail.” Such a deal!

On the other hand, if Smith put up a fight, Skweres warned, she would be arrested for resisting arrest, handcuffed, and then raped in the back seat of the police car. Before the officer could make good on his threat, the situation changed, and he agreed to let the terrified young woman go — but only after gesturing to his gun and warning her that “If you say anything about this I’ll make sure you never walk, talk, or breathe again.”

Smith reported the incident to the Pittsburgh Police Bureau. Complaints were filed by two other women endured nearly identical threats from Skweres (one of whom, a woman embroiled in a child custody dispute, was told that she could purchase a favorable recommendation to the child welfare bureaucracy in exchange for oral sex). The uniformed predator was allowed to continue patrolling the streets — and to collect his $57,000 annual salary – until last February 17, when he was arrested for sexually assaulting a young woman in her home six days earlier.

The victim in the February 11 assault was a woman whose boyfriend was in jail. After asking the victim if she was wearing a wire, and turning on the kitchen faucet to conceal any potentially incriminating noises, Skweres explained the nature of the transaction: He would “help” her boyfriend in exchange for sex. After forcing the traumatized woman to service him, the cop cleaned himself up with a paper towel and left.

Skweres was as predictable as he was persistent. Last December, he had paid a similar visit to Melissa Watkins, whose boyfriend was also in jail. She was alone with her young daughter when the cop materialized to proposition her.

“He locked my front door and everything, he said, `so no one could bother us,'” Watkins told the Post-Gazette. Unzipping his uniform trousers, Skweres offered the same arrangement: He would “help” Watkins’ boyfriend in consideration of sexual services. Watkins — despite being utterly terrified — refused.

“There’s a man with a badge and a gun in front of you, trying to proposition you,” she recalled. “You don’t know which way it’s going to go.”

Four alleged victims have testified against Skweres in a preliminary hearing last March. Since that time, a fifth woman has filed a criminal complaint against him. While he refuses to characterize his accusers as liars, the former police officer insists that he always carried out his duty “with integrity and honesty” and maintains that he is “absolutely” innocent of the charges against him.

Displaying the capacity for self-preoccupation typical of the tax-feeding class, Skweres protested that his arrest and prosecution have “turned my life upside down.” An Army reservist who served in Iraq, Skweres was initially rejected by the police academy when a psychologist found him unsuited to police work, but he was awarded a slot following an appeal to the civil service commission. Reports of his predatory behavior began surfacing about eighteen months after Skweres joined the force.

As of 2008, there were roughly 600,000 state and local police officers in the United States. If former Seattle Police Chief Norm Stamper is correct, at least 30,000 of them are active sexual predators.

On-duty sexual predation by police officers “happens far more often than people in the business are willing to admit,” Stamper warns in his memoir Breaking Rank: A Top Cop’s Expose of the Dark Side of American Policing. “My cautious guess is that about 5 percent of America’s cops are on the prowl for women. In a department the size of Seattle’s that’s sixty-three police officers. In San Diego [where Stamper began his police career], 145. In New York City, 2,000. The average patrol cop makes anywhere from ten to twenty unsupervised contacts a shift. If he’s on the make, chances are a predatory cop will find you. Or your wife, your partner, your daughter, your sister, your mother, your friend.”

The targets of opportunity for a predatory police officer could also include your troubled teenage son – a grim fact illustrated by the case of former Idaho police officer Ruben Delgadillo. 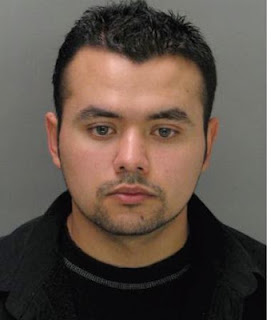 Shortly after Delgadillo graduated from the Idaho Police Academy, the Governor’s Task Force on Children at Risk held a conference to examine how to deal with child predators. That event included specialized training for school resource officers. Delgadillo, who was assigned to be a school resource officer in the Caldwell School District, would have attended some of those sessions and probably took detailed notes.

In 2008, Delgadillo was assigned to be a school resource officer at Vallivue High School. As a member of the school suspension board, he encountered a troubled freshman named Brennan Nicholson. After a suspension hearing, Delgadillo met with Nicholson and his mother and suggested that he could mentor the young man. This allowed him to make practical use of the instruction he had received regarding the vulnerabilities of at-risk teenagers.

The officer lavished attention on the boy. Eventually he persuaded the youngster to spend the night at a house he shared with his supervisor, Sergeant Mike Larimer. During those sleep-overs Delgadillo repeatedly molested the teenager. Larimer was aware of the crimes and did nothing to intervene. When the victim finally disclosed what was happening, Delgadillo initially claimed that the acts had been consensual; after all, the youngster hadn’t resisted.

According to Nicholson’s lawsuit, the victim initially “did not report Delgadillo because was in fear he would be retaliated against if he did not allow the abuse, because Delgadillo and his roommate, Larimer, were `the police’…. Delgadillo told [Nicholson] that he had ties to gangs, intimidating Brennan into remaining silent.”

Delgadillo was eventually prosecuted and was sentenced to a term of three to ten years in prison for felony injury to a child. However, District Judge Thomas Ryan retained jurisdiction over the case, which meant that Delgadillo was released on probation after serving only a year in the Canyon County Jail. This arrangement was made after Delgadillo tearfully expressed fears of what would happen to him in prison as a former police officer and convicted child molester.

The most significant advantage wielded by uniformed predators is not their physical size or even their arsenal; it’s their ability to criminalize even the most tentative act of resistance on the part of their potential victims. As Gregory J. Babbitt, assistant prosecuting attorney for Michigan’s Ottawa County, admitted during oral argument before the state supreme court last October, under most “resisting and obstructing” statutes a police officer who sexually assaults a prisoner can press charges if the victim puts up physical resistance.

Babbitt was representing the state of Michigan in the case of People v. Moreno, which examined the question of whether a citizen has a legally protected right to resist an unlawful search or unjustified arrest by a police officer. Associate justice Michael Cavanaugh asked Babbitt if a female inmate who put up a struggle while being sexually assaulted during a body search could be charged under the state’s “resisting and obstructing” statute.

“Technically, you could do that,” Babbitt admitted, hastily insisting that “as a prosecutor, I wouldn’t do that.” Rather than putting up physical resistance and thereby risking criminal prosecution, he continued, the victim should simply endure the assault and then file a civil complaint after the fact. 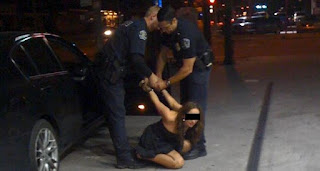 If a woman being sexually assaulted by a police officer could be prosecuted for resisting, “what is left of the Fourth Amendment?” Cavanaugh asked Babbitt.

With an indifferent shrug, Babbitt replied, “Well, life isn’t perfect.” From his perspective it is simply unacceptable for a mere Mundane to “make the determination as to whether the police officers [are] acting properly or not.”

Like most members of the state’s punitive caste, Babbitt maintains that there is never a situation in which a citizen can physically resist a police officer. “We can’t have individuals … making that decision in the heat of the moment,” he insisted, even if that means leaving women like Magdelena Mol — and terrified teenage boys like Brennan Nicholson — at the mercy of sociopathic predators in government-issued costumes.