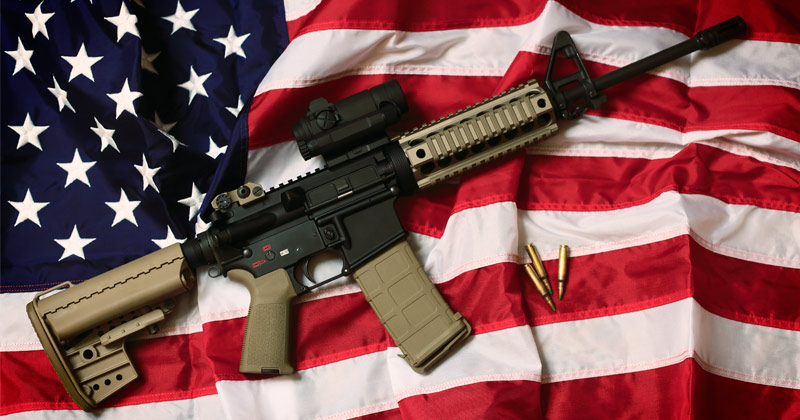 A pregnant mother saved her family after she shot and killed an intruder, who was attacking her husband, with an AR-15.

Two armed masked men broke into the Tampa home of the heroic pregnant mother intending to rob the family.

Jeremy King, who was attacked by the masked intruders, said “it became real violent, real fast,” according to Bay News 9.

During the home invasion, King endured a severe beating at the hands of the masked men.

He was pistol-whipped, kicked, and struck several times leading him to require 20 stitches and three staples in the head. He suffered a fractured eye socket, sinus cavity, and a concussion.

King claims the intruders were complete strangers, maintaining that he had never met them before or had any idea as to who they were.

Recalling the event, King said, “They came in heavily hooded and masked. As soon as they had got the back door opened, they had a pistol on me and was grabbing my 11-year-old daughter.”

King tried to inform them, “‘I have nothing for you,” He recounted, “And they’re like, ‘Give me everything you got.’ It became real violent, real fast.”

In the meantime, King’s heavily pregnant wife witnessed the beating, before the masked gunmen fired in her direction.

The eight-month-pregnant mother returned fire with her semi-automatic rifle, scoring a hit on one intruder who managed to escape, but was found dead in a ditch roughly 200 feets away from the Kings’ home.

The other masked intruder fled following the exchange of fire, according to Penn Live.