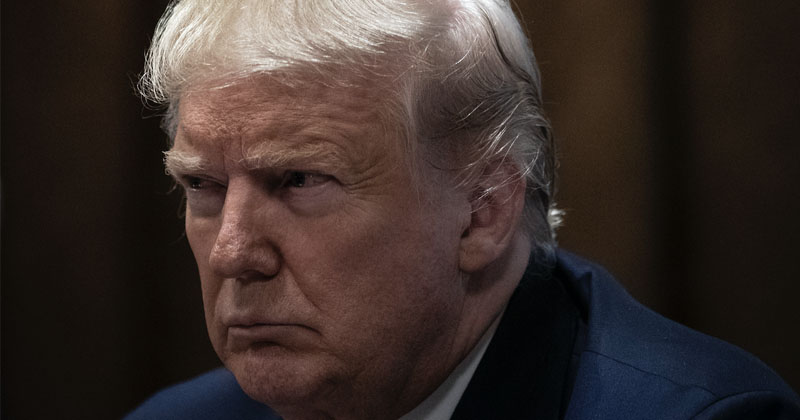 President Trump sent a fiery letter to Speaker Nancy Pelosi (D-Calif.) on the eve of the House impeachment vote, decrying the Democrats’ effort to “subvert democracy.”

In the blistering 6-page letter, Trump slammed Pelosi for weaponizing impeachment into an “illegal coup” for “partisan gain.”

“The Articles of Impeachment introduced by the House Judiciary Committee are not recognizable under any standard of Constitutional theory, interpretation, or jurisprudence,” Trump said. “They include no crimes, no misdemeanors, no offenses whatsoever. You have cheapened the importance of the very ugly word, impeachment!”

President @realDonaldTrump has sent a letter about the partisan impeachment crusade to Speaker Pelosi. Read it here: https://t.co/V5KWGiX1au

“This is nothing more than an illegal, partisan attempted coup that will, based on recent sentiment, badly fail at the voting booth,” Trump continued. “You are not just after me, as President, you are after the entire Republican Party. But because of this colossal injustice, our party is more united than it has ever been before.”

“History will judge you harshly as you proceed with this impeachment charade. Your legacy will be that of turning the House of Representatives from a revered legislative body into a Star Chamber of partisan persecution.”

Trump pointed out the Democrats’ hypocrisy by charging ahead with impeachment despite no evidence while simultaneously ignoring egregious wrongdoing by the Obama administration’s FBI outlined in the Inspector General’s FISA report.

“If you truly cared about freedom and liberty for our Nation, then you would be devoting your vast investigative resources to exposing the full truth concerning the FBI’s horrifying abuses of power before, during, and after the 2016 election – including the use of spies against my campaign, the submission of false evidence to a FISA court, and the concealment of exculpatory evidence in order to frame the innocent.”

Trump then called for Pelosi to end their impeachment “fantasy,” adding that he wanted his rebuke to her to be put on the historical record.

“It is time for you and the highly partisan Democrats in Congress to immediately cease this impeachment fantasy and get back to work for the American People,” Trump said. “While I have no expectation that you will do so, I write this letter to you for the purpose of history and to put my thoughts on a permanent and indelible record.”

“One hundred years from now, when people look back at this affair, I want them to understand it, and learn from it, so that it can never happen to another President again.”

Read Trump’s letter to Pelosi below: