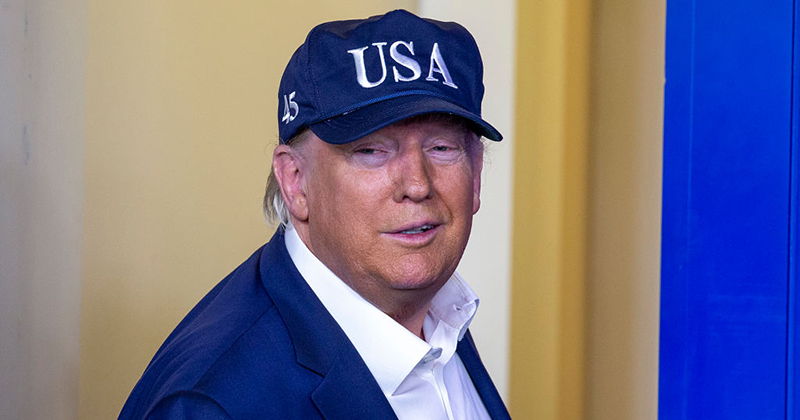 The US leader took the test on Friday night after coming into contact with two people who became infected with the deadly disease.

He made the admission during a press conference on Saturday in which he also defended shaking hands with people – in defiance of official medical guidelines.

Asked when he would announce the results of his coronavirus test, the president said that the test was sent to a lab and could take a day or two.

With the spread of coronavirus, Owen wonders what information President Trump may be keeping from the American people.

Trump said he took the test ‘only because the press is going crazy.’

In a memo, Trump’s doctor said he received confirmation that the president’s Covid-19 test was negative, adding that Trump was ‘symptom free’.

Fears over the president’s health were brought to light after it emerged a Brazilian official tested positive for the virus just days after participating in meetings with him and Vice President Mike Pence in Florida.

Fabio Wajngarten, a top communications aide to President Jair Bolsonaro of Brazil, tested positive days after accompanying him to Trump’s Mar-a-Lago resort and posing for a photo with the pair.