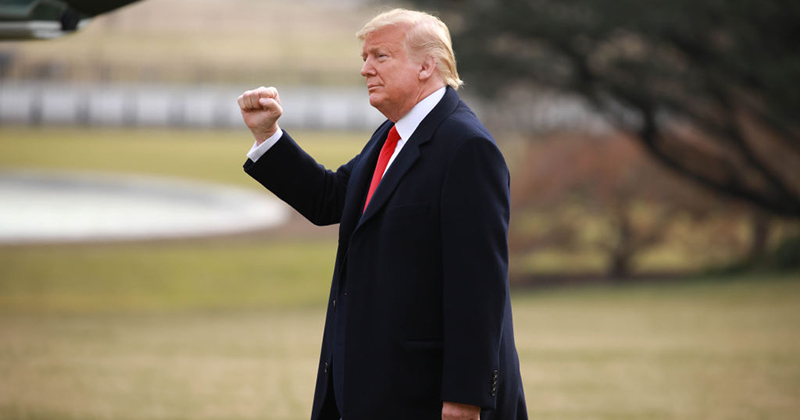 President Donald Trump plans to roll out a new middle-class tax cut during his 2020 presidential campaign, increasing the attractiveness of his second-term economic platform to Middle American voters.

Trump made the promise in his Fox Business interview with Maria Bartiromo, in which he brushed off the impeachment trial circus currently dominating headlines.

“These people are crazy, they have gone totally nuts,” Trump said of Democrats, who are not expected to garner any Republican Senate votes to remove Trump from office for his investigation of Joe Biden’s conduct in Ukraine, according to Sen. Rand Paul.

Trump’s middle-class tax cut was confirmed at Davos by Treasury Secretary Steven Mnuchin, who called it Trump’s “Tax 2.0” plan and stated, “The president feels that we need to continue to incentivize the middle class.”

Alex Jones guest hosts and is joined by Savanah Hernandez reporting from D.C. after the arrest of Owen Shroyer at the capitol while he was silently protesting.

“I think Virginia is crazy where they want to take away the guns in Virginia. You have a governor that’s, I just can’t believe it. But Virginia is very much in play. I think we are going to win the state of Virginia. They want to take everyone’s gun away in Virginia. You can’t do it. You can’t do it. People need that for safety. They need it for hunting and other, but many people need it for safety. They need it for security,” President Trump stated (16:00 Minute Mark In Video Above).