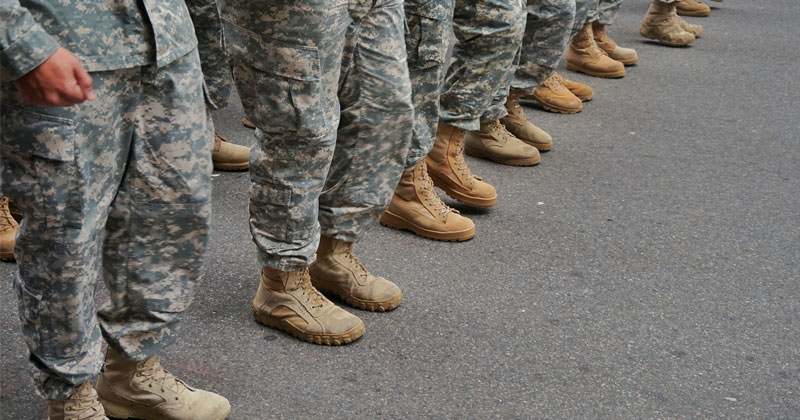 In a move that will make globalists squeal with delight, President Trump says he would mobilize the military to give out the Covid-19 vaccine to the American public.

What a horrible idea! This is literally an idea the deep state would cook up. Does the president realize the pro-mandatory vaccine crowd is not his base?

President Trump says he would “rapidly” mobilize the U.S. military to distribute a coronavirus vaccine once it’s ready, focusing first on nursing homes and the elderly most vulnerable to deadly complications from the virus. Mr. Trump made the comments during an interview with Fox Business’ Maria Bartiromo.

“We will have a tremendous force because assuming we get it, then you have to distribute it,” he added. “And unless you’re mobilized and ready, you’re not going to be able to do it for a long time. So we’re starting now.”

Voice of America also reported that the president would release more details on Friday.

Notice the number of downvotes on this video posted by his base: 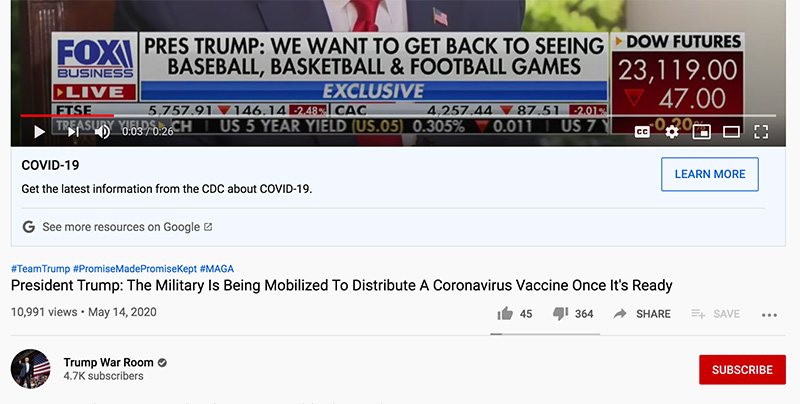 Scientists in Iceland said they have already found at least 40 different mutations of the coronavirus, which suggests that the vaccine could be as ineffective as a flu shot.