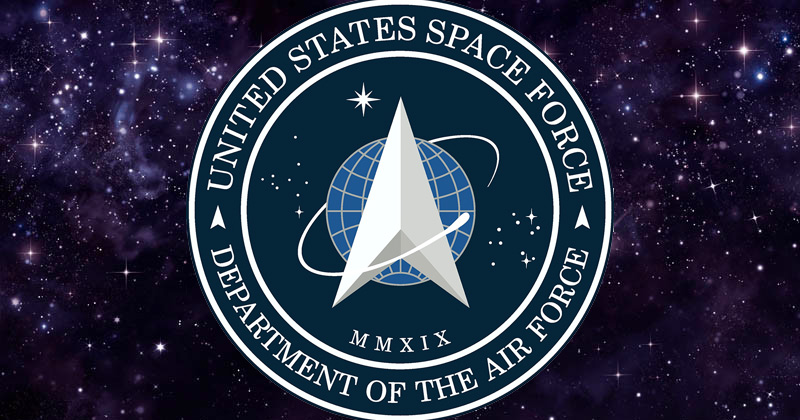 In social media posts Friday, the president announced his vaunted new branch of the military had received a new logo.

After consultation with our Great Military Leaders, designers, and others, I am pleased to present the new logo for the United States Space Force, the Sixth Branch of our Magnificent Military! pic.twitter.com/TC8pT4yHFT

“After consultation with our Great Military Leaders, designers, and others, I am pleased to present the new logo for the United States Space Force, the Sixth Branch of our Magnificent Military!” Trump wrote.

Last week the US Space Force unveiled its new uniforms, which was widely criticized for its camouflage design.

Many on Twitter claimed the agency’s new logo resembled the symbol used by the fictional Star Fleet on the sci-fi series Star Trek.

lol did you just rip off Star Trek?

I mean, come on pic.twitter.com/x5WkUyUZfX

“Amid grave threats to our national security, American superiority in space is absolutely vital,” President Trump said during a speech at Joint Base Andrews in Maryland. “And we’re leading, but we’re not leading by enough. But very shortly, we’ll be leading by a lot.”

“The Space Force will help us deter aggression and control the ultimate high ground,” he added.

Be sure to check out Infowars’ SPACE FORCE AMERICA’S BACK DESIGNER SHIRT, and our OPERATION: 51ST STATE T-SHIRT at InfowarsStore.com.

Did you catch President Trump’s New Years resolution or were you distracted by the fake news media? In the background of all the political drama, Space Force has been very silent, and very busy.