President Trump remains certain he will be proven right he was under surveillance during the campaign by the Obama administration, White House Chief of Staff Reince Priebus said on Fox News Sunday.

Rejecting a proposal for Trump to apologize to former President Obama for claiming he’d wiretapped Trump Tower, Priebus flashed a New York Times article which referred to the use of “wiretaps” in probes of “Trump aides.” 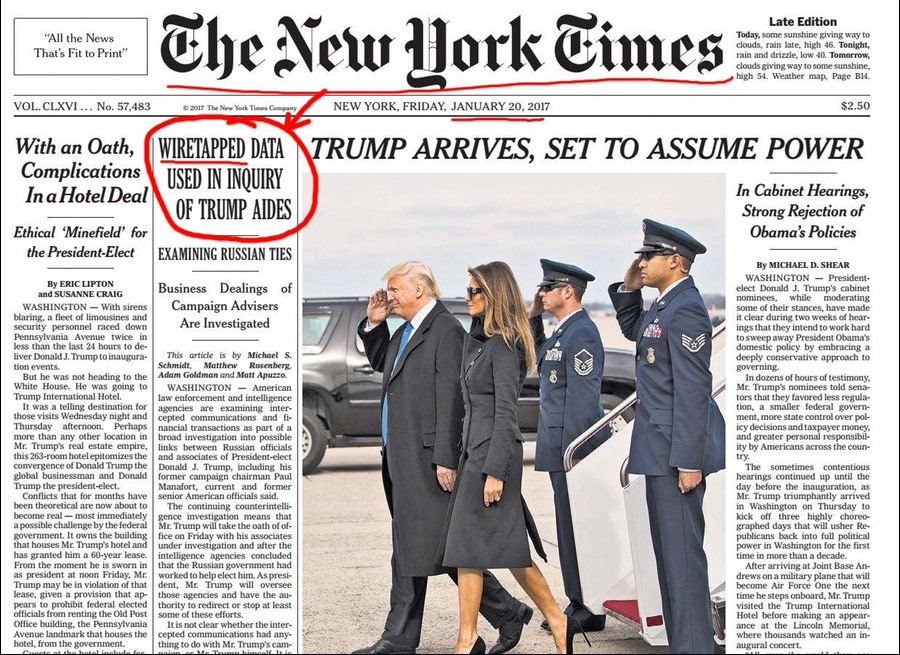 “But that’s nothing about Trump Tower,” Wallace interjects.

“Wait a second, you asked me a question. Well, people working in Trump Tower,” Priebus says.

“No, no, no, it was nothing about Trump Tower. There was also surveillance of foreign targets,” Wallace says.

“The fact is reports have come out for many, many months now that people on the Trump campaign transition team were surveillanced possibly by some intelligence group. Whether they were inadvertently swept up, whether names were unmasked. Chris you don’t know the full answer to that question and I don’t either,” Priebus states.

“But if people in the Trump transition were unknowingly surveillanced and illegally unmasked on documents, which is what is being alleged out there, I think it’s a big problem and I think ultimately President Trump is going to be proven correct that this wasn’t right.”

Priebus also stated while there was no evidence yet proving “a broad conspiracy” against Trump, the issue of Obama possibly spying on a political opponent was still concerning.

“There’s potentially something very wrong here. But I’m not going to go any further than that other than to say that I think the documents that the intelligence committees have apparently asked for from all of these different agencies that they’re collecting and reviewing will tell the story.”

Last week, “failing” New York Times editor Matthew Rosenberg appeared on “very fake news” CNN claiming the article he co-authored, which specifically mentioned “wiretaps” used against “Trump aides” in its headline, did not imply the Trump team was under surveillance. He also blamed Infowars for spreading the theory.

On Thursday, a source reportedly told Fox News the House Intelligence Committee would soon be presented “smoking gun” evidence of the Obama administration’s surveillance on the Trump transition team.

Committee Chairman Devin Nunes, who is under fire for discussing his findings with the White House ahead of informing fellow committee members, has also asserted the Trump team was being spied on, but has yet to reveal the extent of surveillance operations.