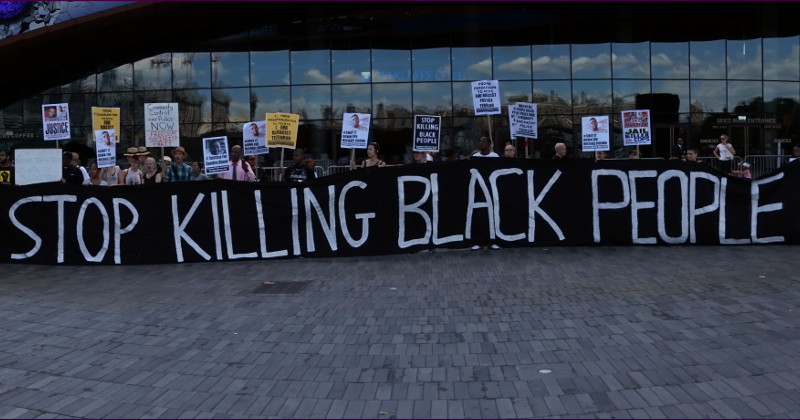 Bloodshed in the Windy City has reached war zone levels, and now the mainstream media has been forced to address the ‘Ferguson effect’ and the failure of gun control.

In an interview on Sunday’s episode of 60 Minutes, prominent South Side priest and activist, Michael Pfleger, asked, “Why has violence been allowed to surge so profoundly in this country for so long, particularly in Chicago? The number one victim of violence is black and brown.”

The crew of 60 Minutes was clearly overwhelmed and appalled by the staggering amount of crime, murder scenes, and flagrant drug dealing they encountered during filming – as well as the lack of police presence or response.

“What struck us, was just how brazen drug dealers were,” said producer Guy Campanile. “We’re there with a camera, with a 60 Minutes correspondent doing an interview, and not more than five yards away, cars are pulling up, and guys on the corner are slinging dope, right there in front of us.”

“And it may be unfair to say this, but we never saw a police car come by – and this was on a main street in a section of Chicago.”

He was also shocked after being advised that he should wear body armor while filming at night.

The AP reports, “The bulk of the deaths and shooting incidents, which jumped from 2,426 in 2015 to 3,550 last year, occurred in only five of the city’s 22 police districts on the city’s South and West sides, all poor and predominantly black areas where gangs are most active.”

Despite the sharp escalation in violence, data obtained from the Chicago police department reveals that the ‘Ferguson effect’ – caused primarily by mainstream media pushing the same anti-police narrative that domestic terrorists in Black Lives Matter espouse – has severely impaired law enforcement’s desire or ability to control crime, as detainments have dropped by 80% in the last year, and arrests have fallen by one-third.

Former Chicago Superintendent of Police, Garry McCarthy – who was fired earlier this year by Mayor Rahm Emanuel, placed blame on Black Lives Matter for the increase in crime rates of his city, and nationally.

“What is happening is — and this is ironic — that a movement with the goal of saving black lives is at this point is getting black lives taken because 80 percent of our murder victims here in Chicago are male blacks,” he said in a radio interview this weekend.

Chicago has some of the strictest gun control laws in the United States, and yet it led the country in murders for 2016, with more than New York City and Los Angeles – combined.