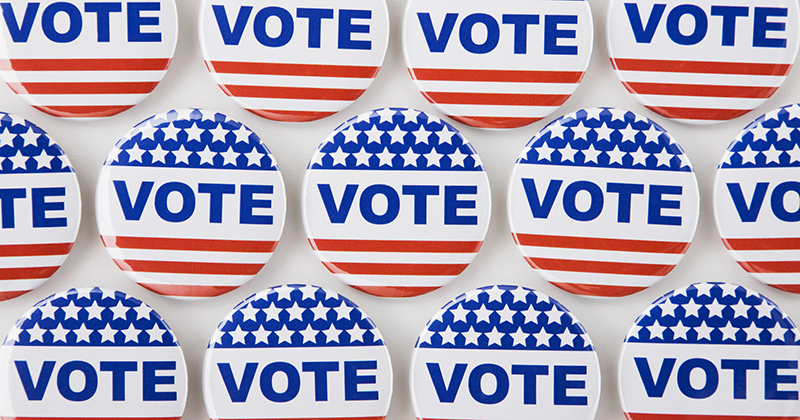 Elections have consequences, and the results that have been coming in from all over the country during this primary season are making it very clear where both major political parties are heading.

For the Democrats, we have seen a number of progressive candidates win extremely impressive victories lately, and that includes knocking off a couple moderate Democrats that had been serving in Congress for a very long time.

On the other side, conservative challengers have been soundly defeated by moderate Republicans over and over again.  As funny as this may sound, both parties appear to be moving in the same direction at this point.

Both parties appear to be moving to the left, and that has fundamental implications for the future of this nation.

The printed monetary supply is meant to keep you under the thumbs of the elite, unelected bureaucrats bent on ripping off the country.

This week, we witnessed a couple more examples which demonstrate how powerful the progressive movement has become.  In 2018, radical leftist Rashida Tlaib squeaked out an incredibly close victory over moderate Democrat Brenda Jones in a primary contest in Michigan, but things were completely different for this year’s rematch.

With about 90 percent of the vote in, Tlaib had almost twice as many votes as Jones did…

Ms. Tlaib, 44, defeated Brenda Jones, 60, the president of the Detroit City Council, The Associated Press reported on Wednesday morning. With 90 percent of votes counted, Ms. Tlaib had 66 percent of the vote to Ms. Jones’s 34 percent.

Frankly, I was stunned by her margin of victory.

After all of the outrageous things that Tlaib has done and said over the past couple of years, it boggles the mind that there are so many people that would be willing to vote for her.

But this is where America is headed.

And considering the fact that she is in one of the most liberal districts in the country, there is absolutely no chance that Tlaib will be defeated in the general election.

Meanwhile, we just witnessed a progressive candidate pull off an absolutely spectacular upset down in Missouri.

Representative William Lacy Clay has served 10 terms in Congress, and prior to that his father had held the same seat going all the way back to 1969.  But on Tuesday, Missouri voters decided to send a radical political activist named Cori Bush to Congress instead of him…

I don’t know how that could have possibly happened, but it did.

Bush’s victory is being compared to another stunning upset which happened last month in New York’s 16th Congressional District.  Somehow, progressive Jamaal Bowman was able to defeat Representative Eliot Engel, and that result sent shockwaves through the Democratic establishment in Washington.

Engel has served in Congress for 16 terms, and he probably thought that he would hold on to that position for as long as he wished.

But the progressives came after him, and they were able to take him down.

Next week, squad member Rep. Ilhan Omar of Minnesota will face a challenge from a well-funded opponent, Antone Melton-Meaux. On Sept. 1, progressive Alex Morse, the 31-year-old mayor of Holyoke, Massachusetts, will try to knock off Rep. Richard Neal, one of the most powerful House Democrats.

On the Republican side, we just witnessed another strong conservative go down in flames.

Kobach is deeply hated by the liberals in the media because of his firm stance against illegal immigration.  During his time as Secretary of State, he pushed for a law “requiring voters to provide proof of citizenship to register to vote”…

Kansas Attorney General Derek Schmidt and Kansas Secretary of State Scott Schwab’s office announced in June their plans to file the petition with the high court after a federal judge struck down the law in 2018. That decision was upheld by the 10th Circuit Court of Appeals this year.

What is wrong with that?

Doesn’t it just make sense that people should be able to prove that they are eligible to vote before they are allowed to vote?

But that got him on the bad side of a whole lot of people, and now his political career is probably done for good.

What happened to Kobach wouldn’t be so bad if conservatives were winning elsewhere, but that just isn’t happening, and the number of true conservatives in Congress has dwindled to a depressingly low number.  At this point there is Rand Paul and a handful of others, and they are vastly outnumbered by the “moderates” in the Republican Party.

Of course there are plenty of Republicans that still use the term “conservative” to describe themselves, but their voting records suggest otherwise.

Just look at what has been going on during this COVID-19 pandemic.  Republicans and Democrats have worked together to authorize all sorts of radical socialist programs, spending trillions of dollars and exploding the size of the national debt in the process.  Meanwhile, yet again this year both parties voted to shower Planned Parenthood with hundreds of millions of dollars and to fully fund a whole host of other radical social engineering programs which promote the agenda of the radical left.

Just about every single bill that gets through Congress is an abomination.  The reason why Ron Paul earned the nickname of “Dr. No” before he retired was because there were very, very few bills that he could actually vote yes on.

If those representing you in Congress vote yes on most of the bills that get approved, that is a clear indication that they need to be voted out as soon as possible.

Because if America stays on the path that it is currently on, there isn’t going to be an America.

Sadly, voices like mine are in the minority, and there is so much passion and energy on the left these days.

Americans seem to have decided on the direction that they would like to see this country go, but that road certainly does not lead anywhere good.