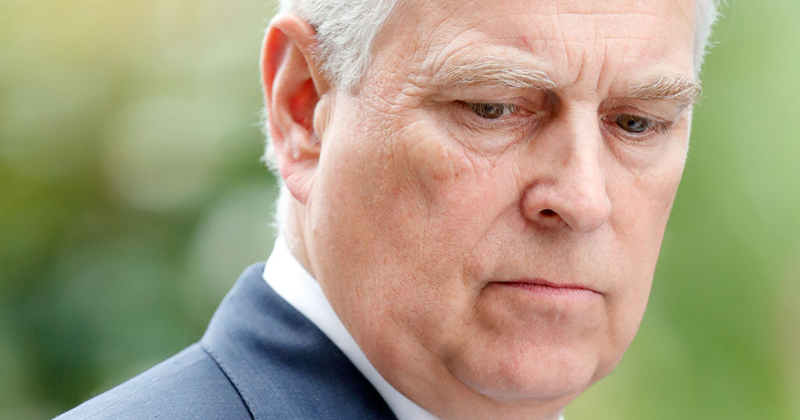 A new witness came forward the other day, saying she saw Prince Andrew chatting and dancing with Jeffrey Epstein accuser Virginia Giuffre, claim which essentially contradicts the Duke’s account of events about the highly-scrutinised night in March 2001.

Prince Andrew used a spitting-image puppet of himself, given to him by his billionaire acquaintance Jeffrey Epstein and his suspected “madam” Ghislaine Maxwell, to grope two of Esptein’s accusers.

One of these, Virginia Giuffre claims in her book manuscript, was released at the behest of New York Judge Loretta Preska and cited by The Mirror.

The accuser earlier claimed that “madam” Maxwell, who is alleged to have procured young girls for Epstein for sex, pressed her to have sex with Andrew at her London mansion on 10 March 2001 – something Andrew has since vehemently denied.

He has yet to comment on the latest allegations, which came in after the Duke’s name resurfaced in the Esptein criminal case following Maxwell’s arrest in early July.

Owen is joined by Navy Seal Veteran Craig Sawyer, founder of Veterans for Child Rescue, and creator of the documentary, “Contraland”. Owen and Craig dive deep into the open secret of child sex trafficking and other current events.

“Prince Andrew had that notorious cheesy grin slapped over his face, as he looked me up and down like a shiny new car on display and he was about to take it for a test drive”, Giuffe wrote in the manuscript.

She went on to recount how Maxwell “led me to the decadent sofa” Andrew was “lounging on” and “twirled me around to give him a good look over before sitting me down on his lap”.

She claimed that all she had to do was to to give an impression of being thoroughly entertained by what was going on, by “their lewd gestures”, “and when Andrew cupped my breast with a doll made in his image, I only giggled away”, Giuffre recalled.

She went on to mention another woman – Johanna Sjoberg, who was also purportedly made to sit on Andrew’s lap and fondled with the puppet.

Sjoberg has previously described the sexualised gestures ostensibly made by Andrew with his Spitting Image puppet.

She made the comments in a 2016 deposition in Giuffre’s civil defamation case against Maxwell, from which the newly released files are taken.

“I sat on Andrew’s lap… they took the puppet’s hands and put it on Virginia’s breast, and so Andrew put his on mine”, Sjoberg said at the time under oath.

Pictures of the room in which the women claim to have been abused surfaced after Epstein’s New York mansion was put up for sale for £69 million, following the convicted paedophile taking his own life while awaiting trial on new child sex trafficking charges.

The latest allegations come after a royal insider dismissed a new witness’s claims she saw Prince Andrew with her own eyes in a nightclub with Virginia Roberts, Maxwell, and Epstein on the night he is accused of having sex with her.

Somalian-born Shukri Walker, who said she had herself been trafficked for sexual activities from Kenya as a teenager, claimed the Duke dancedand had the time of his life with Epstein’s alleged victim. She said she couldn’t have mistaken him for anyone else, because they had a short exchange after she accidentally stepped on the prince’s foot and apologised for the mishap.