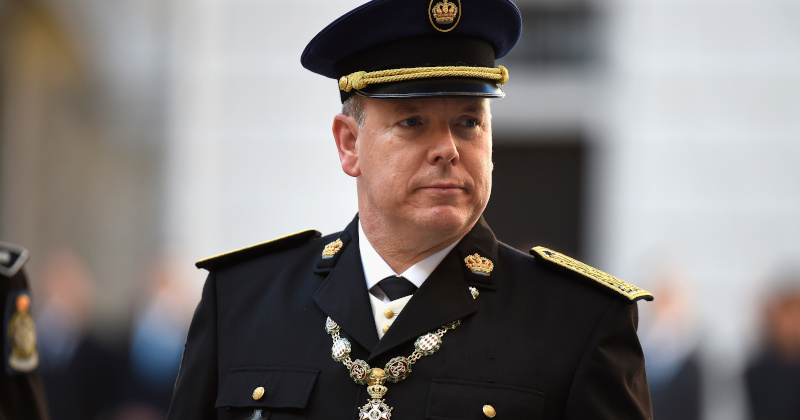 Prince Albert of Monaco has tested positive for the novel Chinese-originated COVID-19 virus days after he met Prince Charles while at a WaterAid charity event in London, where the two were captured on camera sitting across the table from each other.

The second child of Princess Grace and Prince Rainier of Monaco earlier spoke to Monaco’s residents urging them to be on the alert and avoid public places to deter the sweeping infection raging across neighbouring states.

Following reports that Prince Albert of Monaco has tested positive for #coronavirus, it’s probably worth pointing out that he was in the same room as Prince Charles at a @wateraid event in London on 10 March (nine days ago).
h/t @RoyalReporter for spotting it pic.twitter.com/OoLY1fQT4c

The 62-year-old son of Princess Grace Kelly and Prince Rainier of Monaco is the first known head of state to have contracted the virus, as confirmed by the palace.

The official statement has it that Albert’s health is not in danger, with the monarch being treated at his home while continuing to work under quarantine.

It is year unclear if Albert’s wife Charlene, former South African Olympic swimmer, and their 5-year-old twins have also taken the coronavirus test.

The statement comes days after the prince announced containment measures for the principality, including a sweeping ban on mass gatherings.

“The way out of this health crisis will depend on your ability to comply with the measures applied,” he addressed Monaco’s residents, amid the shutdown of all public places like cafes, offices, and most stores in the footsteps of France, Spain, and Italy.

Monaco’s Grand Prix will also be postponed due to the coronavirus pandemic.

As per worldometrics.info, the overall number of coronavirus infections has climbed to above 245,850 around the globe, with the death toll currently at 10,047.

Italy has become the new epicentre of the pandemic with 3,405 having died of coronavirus-related diagnoses, overtaking China’s death toll. Overall 88,441 people are registered to have recovered around the world.

Amid business suspensions, millions are staying at home under quarantine or as self-isolation in a bid to curb the spread of the pandemic.

In Britain, Queen Elizabeth II has reportedly abandoned Buckingham Palace as the coronavirus chaos has reached the country.