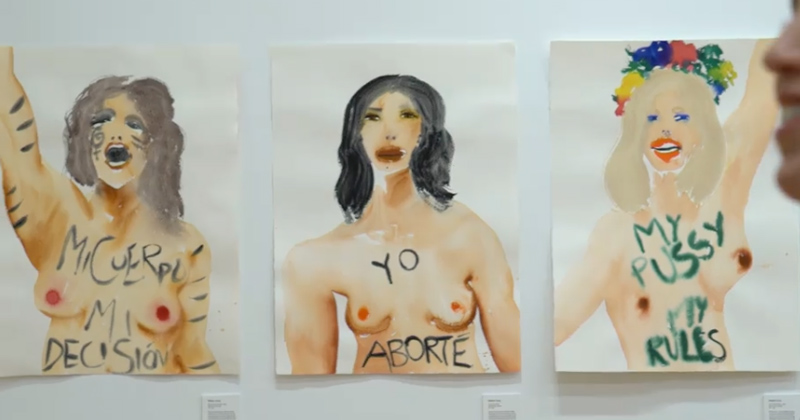 An art exhibit in New York is aimed at drumming up support for the right of women to murder babies.

The display, entitled, “Abortion is normal,” is described as an “emergency” exhibit by its founders in response to states passing pro-life bills, and features works from pro-abortion artists.

"Reproduction rights, abortion, and any bodily procedure is normal."

This art exhibition wants to spark conversations about women’s reproductive rights in the U.S. pic.twitter.com/CnFLnEgEuf

“The reason this show is important aside from, I guess, the obvious which is we’re continuing to fight and ensure that our reproductive rights are maintained,” [sic] the exhibit’s co-curator Jasmine Wahi told Bloomberg Quick Take.

“It’s important because we’re trying to make a statement that reproductive rights are not just a women’s or cis woman’s issue but an issue that affects everyone.”

In another interview, Wahi said the exhibit wanted to take a different tact in trying to normalize abortion, this time portraying it as a health-care procedure in addition to a women’s rights issue.

“We wanted to look at abortion from a health-care procedure—any health-care procedure you do that is your choice to do should be considered normalized and not stigmatized,” Wahi said. And indeed, for a show that could be incendiary—women have much to be mad about right now—the most radical thing about the art is that most of it looks very tidy.”

Of course, many abortionists eager to preserve abortion rights overlook the fact that the woman at the center of the Roe v. Wade controversy, Norma McCorvey (AKA “Jane Roe”), sought for the Supreme Court to overturn the decision after coming to the realization that it was “no longer just” and that “abortion hurts women,” according to her attorney.