The leader of the Kenyan division of Marie Stopes, one of the worlds largest abortion providers, has told an AP reporter that he is eager to receive American funds now that President Obama has rescinded the Mexico City Policy.

“Family planning was not given the prominence it needs” when the policy was still in effect, said director Dr. Walter Odhiambo in an AP report.

The Mexico City Policy is a Reagan-era directive that prohibits pro-abortion overseas organizations from receiving American taxpayer dollars. Obama repealed the policy three days after his inauguration, making hundreds of millions in foreign aid money available to such groups.

Thanks to the policy, abortion facilities that would have made abortion available to Kenyan women were forced to close, and contraception became less available, according to Marie Stops Kenya.

Now groups like Marie Stopes Kenya, who were “limping along” on European aid, are lining up to apply for American aid.

Marie Stopes International, founded by the British eugenicist of the same name, provides for abortions in at least 40 countries. The group reported having received $100 million in “amounts receivable for the provision of services” in 2006. Like other abortion groups such as Planned Parenthood International, Marie Stopes plays a prominent role lobbying for pro-abortion legislation in traditionally pro-life countries.

Pro-life voices in Kenya have denounced the encroachment of the foreign-funded abortion culture as a threat to the deeply pro-life Kenyan people, who are now faced with a bill that would legalize abortion. Kenyan secular and religious leaders have condemned the bill in no uncertain terms, saying that innocent unborn child must not be destroyed for convenience.

“It is hypocritical to cry over the death of those we can see while we condemn those we can’t,” said Raymond Mutura, the president of the Voice of the Family in Africa International, in Kenya’s Daily Nation news service.

Dr. Stephen Karanja, head of the Catholic Doctors’ Association of Kenya, condemned Obama’s decision to open the floodgates of American dollars to aid the lobbying efforts of such organizations.

“We in Kenya know him (Obama) as a person who is anti-family,” he said, following Obama’s November election victory. “A person who would support abortion. In America they can do all right killing their babies. But they must not associate us with the people who would want our babies to be killed.”

Dr. Karanja said that 90 percent of those in Kenya polled over the last twenty years consider abortion to be an “abomination.”

“The only resource we have that is truly ours,” he said, “is our people. Don’t attack them and we’ll be alright. And this administration of Obama, is going to be a nightmare for our people.” 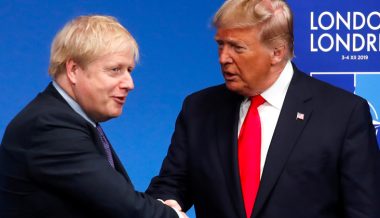