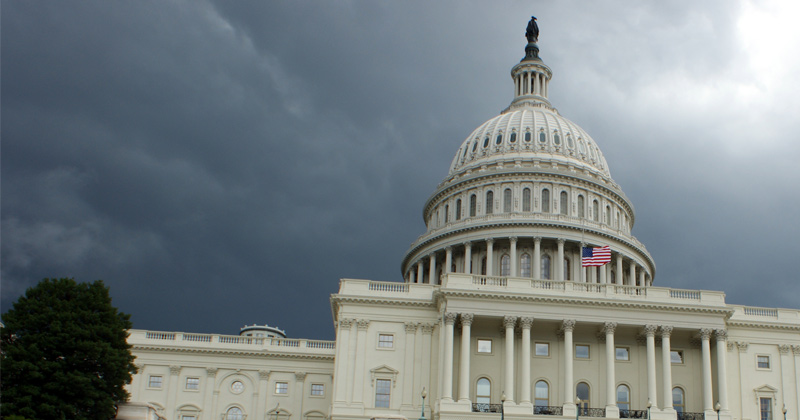 Numerous House and Senate lawmakers condemned the Foreign Intelligence Surveillance Act renewal on Wednesday because it would still allow the Deep State to unconstitutionally spy on American citizens.

The House Freedom Caucus claimed the FISA renewal legislation contains weak proposals which do nothing to fix the fundamental problems of the secret court that led to the FBI’s unconstitutional spying of Trump campaign associates and will leave Americans exposed to the same kind of abuses.

“Members of the Freedom Caucus have long called for reforms to FISA (Foreign Intelligence Surveillance Act). Recent revelations that FISA was severely and repeatedly used to spy on a presidential campaign are beyond the pale—if the government can misuse this system to spy on a presidential campaign, they can surely do it to any other American citizen,” members of the caucus said.

“As Congress considers reauthorizing FISA, anything short of significant and substantive reforms would betray the trust of the American people. The House Freedom Caucus will oppose any bill that does not meet a Constitutional standard for the protections of American citizens’ rights. We will also oppose any ‘clean’, short-term reauthorization of the current, harmful version of FISA.”

“The chairman of the committee pulled the bill, canceled the hearing, canceled the mark-up of this bill, and they took it behind closed doors,” Massie said.

Massie also pointed out that the House will rush the Deep State-backed bill through before House members get an adequate amount of time to review it.

“And how much time do we have to review it? Less than 24 hours!…There’s a rule in this House that guarantees 72 hours to review a bill. They’re going to suspend that rule here in a few minutes,” he said.

Sen. Mike Lee (R-Texas) vowed to oppose the bill and urged President Trump to veto if it passes.

“The House FISA deal doesn’t fix what’s wrong with FISA. It would not have stopped the spying that occurred against @realDonaldTrump. I will do everything I can to oppose it in the Senate. If it passes, @realDonaldTrump should veto it,” Lee tweeted.

The House FISA deal doesn’t fix what’s wrong with FISA. It would not have stopped the spying that occurred against @realDonaldTrump. I will do everything I can to oppose it in the Senate. If it passes, @realDonaldTrump should veto it.

President Trump indicated he would not sign the revamped bill unless significant FISA reforms were included, according to Paul.

“The proposal I gave him was this: Don’t use FISA – which is a foreign intelligence court – to spy on Americans,” Paul told Neil Cavuto earlier this month.

“Simply say that Americans, if you want to spy on them, you have to go to a constitutional Article III court to get the wiretap. This would protect Americans from the abuses that happened to the Trump campaign, but these abuses could happen to the Republicans or Democrats if we have biased people either in the FBI or in the intelligence agencies. So I think the best reform is, let’s take American out of FISA and let’s keep the Foreign Surveillance Court targeted towards foreigners.”

“Along with the House Leadership, we have engaged in bipartisan negotiations with input from many members to get to a deal on reforming FISA while reauthorizing important national security provisions set to expire this weekend. Through those negotiations, we have been able to incorporate significant reforms to increase civil liberty and privacy protections to the base bill, and additional provisions that should garner bipartisan support,” Nadler and Schiff said in a statement.

The bill will be voted on later Wednesday.