A firearm advocacy group will be putting state lawmakers on notice Sunday with rallies at every state capitol. Its message? Don’t trample on our Second Amendment rights.

“We’re trying to be very proactive right now,” Eric Reed, president of Gun Rights Across America, told the Washington Examiner. “I don’t want to see the gun grabbers get a jump on our constitutionally protected rights.”

The event, called “Stand Your Ground,” comes after a year of presidential executive actions and new state laws restricting the rights of legal gun owners.

“As we celebrate the one year anniversary of GRAA we need to make sure that our voice is heard by every elected official that we will stand our ground and not concede to even one more gun law,” the group’s website stated.

The events are scheduled from noon to 4 p.m. http://www.gunrightsacrossamerica.com/Home.html

“This event is vital so Americans can have their voices heard,” Reed said. “Our elected leaders work for us, and we need to make it crystal clear how we expect them to vote on this issue. The end goal is protect all gun rights for law abiding Americans.”

The Florida rally will take place on the steps of the Capitol building, according to the group’s Florida Facebook page.

“We are not criminals; we are law abiding American citizens,” Shannon Montague, vice president of the organization, told the Examiner in an email. “We will no longer let the misinformed and uninformed classify us into a genre that is not ours. We are American. We are protectors of the Second Amendment, we are the majority and we will ‘Stand Our Ground.’” 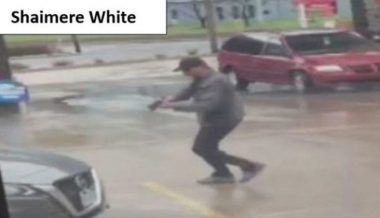