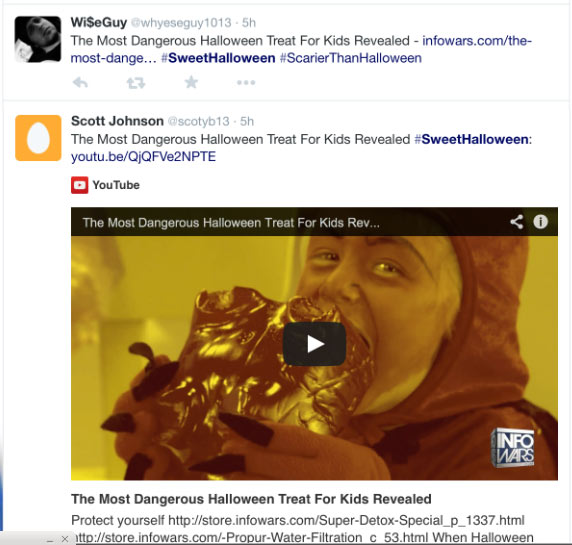 This Halloween, the Crest toothpaste company created hashtag #sweethalloween to encourage kids to brush with fluoride toothpaste following their trick or treat routines.

What they don’t tell you is that the paste recommended for kids contains a warning to “contact a Poison Control Center right away” if a certain amount is swallowed, making it more harmful than the sugar-laden candies obtained.

During an interview with Linda Greene of FluorideFreeAustin.com, Infowars put out a call to hijack #sweethalloween to inform parents about the dangers of fluoridated toothpaste.

Back in the day, Infowarriors ran numerous Google bomb campaigns. Today, let’s Twitter bomb the hashtag #SweetHalloween to educate people on the dangers of the hazardous industrial waste we put in our drinking water and toothpaste. 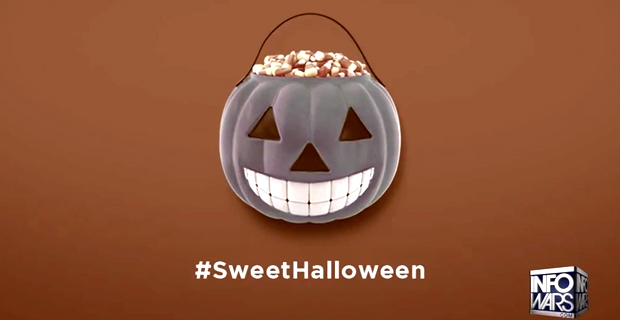 Enjoy all your candy. Don't eat too much or it'll lower your IQ by almost as much as the fluoridated toothpaste you'll need #SweetHalloween

#SweetHalloween Flouride is poison. It’s in your water and your toothpaste. Flouride causes lower IQs.

#SweetHalloween They put this shit in our water and toothpaste but tell us it’s calcium fluoride and good for us: http://t.co/UzWzn6X2Yx

#sweethalloween fluoride is POISON!!! Parents do your research dont do this to you or your kids

@Crest the flouride in your toothpaste causes cancer http://t.co/Z6H094qkB0

If toothpaste says don’t swallow, why is it okay to put fluoride in our water? http://t.co/aOhcmnK5C4 #SweetHalloween @oectasudelem

#sweethalloween Toothpaste with fluoride ispoison; why else warn rundontwalk to poison control center on tube label? Look b4 you squeeze

This rat died from what you ingest from toothpaste & tap water. #SweetHalloween Fluoridating us without our consent. pic.twitter.com/Yz77GMd9pX

Fuck you @Crest and your fluoride!! #SweetHalloween @infowars 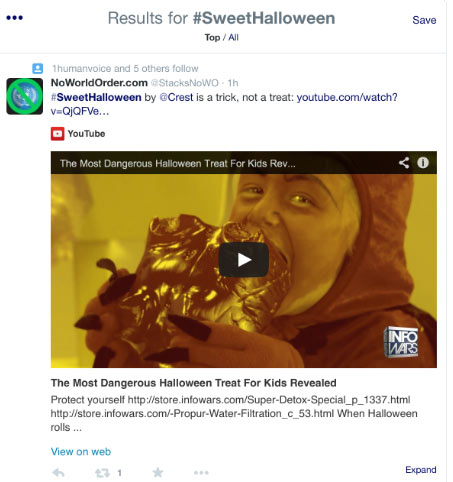