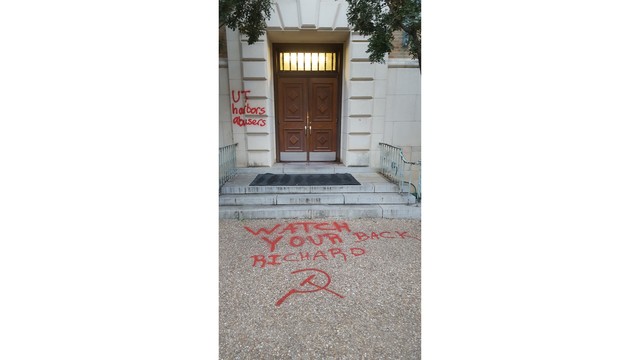 A University of Texas in Austin professor who had been threatened by Communists after a domestic assault charge was found dead in his home Thursday.

Police announced Professor of Pharmacy Richard Morrisett was found deceased inside his home, but have not disclosed how he died.

The professor was the subject of controversy after it was discovered he continued teaching after failing to inform the university that he had pled guilty to a domestic assault charge in 2016.

“After learning of the charges against Morrisett, university officials placed him on paid administrative leave for 18 days in August 2016 while it conducted a review that included interviews of faculty members and students,” the Austin American Statesman reported in January.

The review concluded there was “no relation between how the professor acted in this situation and how he acted on campus,” after which he was allowed to resume teaching.

In February, the Pharmacy Building where Morrisett worked was defaced by someone who spray painted “UT harbors abusers.”

Another message threatened, “WATCH YOUR BACK RICHARD,” along with the hammer and sickle Communist symbol.

Protests were held at the college the following week where demonstrators called for Morrisett to be fired.

In March, a student group which advocates overthrowing “the capitalist state” with an armed revolution tweeted they had vandalized the fountain at the university in honor of women abused by people like Morrisett.

“The blood of women & all survivors flow from the fountains of UT,” the Revolutionary Student Front wrote on Twitter. “On International Working Women’s Day, we must stress the necessity of organizing women for revolutionary violence against the capitalist institutions that uphold patriarchy & protect abusers like Richard Morrisett.” 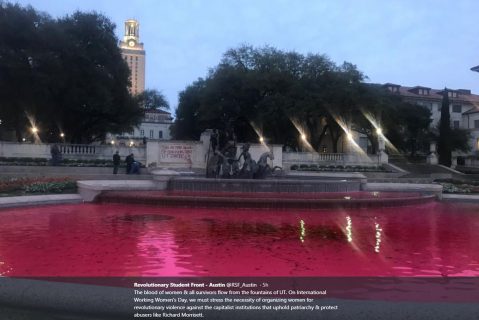 Facebook users asked if the professor, despite being a domestic abuser and failing to be punished by UT, deserved the “bullying.”

“Too bad he was a domestic abuser & should have been punished & helped. But students bulling [sic] him carrying signs on campus didnt help his abused family or him. Causes are needed but they are getting out of hand; nasty, cruel, & violent,” one person on Facebook wrote.

Another stated that protesters had received their “pound of flesh.”

“The guy sounded like slime but the ‘student protesters’ got their pound of flesh. Is this the environment The University of Texas is breeding? Things have changed since I’ve been there.”

KXAN reports the Travis County Sheriff’s office has said the “death is not suspicious,” suggesting a possible suicide.

Check back for updates on this developing story…